Look This Gift Horse In The Mouth 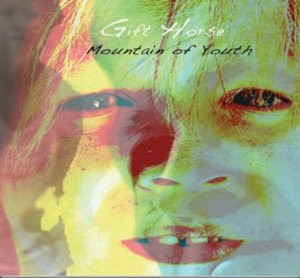 It shouldnt be much of a surprise to learn that Gift Horse are from Athens, Georgia. The place is fit to bursting with amazing rock acts of all colours and persuasions - I wish I could immerse myself in those icy waters right now to fully understand the burgeoning talent in the current music scene there. Highlighting other Athenians Dead Confederate as strong contemporary influences (most notable in their track 'Both Of Me'), Gift Horse have delved to drag the Nineties' version of indie loud rock into the 21st century. Their new LP Mountain of Youth even seems to state this in its title. 'Missionaries' feels like what Local H might've been like if they manned up and sounded more like J Mascis, whilst 'Plastic People' has some slamming distorted chordage up front before melancholic murmurs mark the verses, then the riffage and laments kick in... I never thought I would see the early 1990s in a sepia-toned looking glass, but Gift Horse are doing their darnedest, especially as their slowly building reputation precedes them - some have staked the claim that Gift Horse are the loudest band out of the South West! Either way, their nostalgic (albeit louder) take on the grungier side of slacker indie rock seems relevant. Its scuzzy as fuck, its simplistic, its epic, and its worthy.
You can buy Mountain of Youth here.
Gift Horse - Missionaries
Gift Horse - Plastic People
Posted by Brendan T