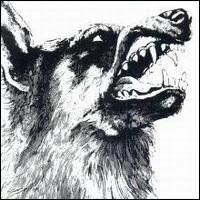 There's been an interesting schizophrenic feel to my posts this week, and therefore my musical tastes. On one end of the spectrum Ive been entranced by lo fi garage rock acts such as Sex Church, Weed Diamond, HAM1, Woozy Viper, Heavy Hawaii and Tandoori Knights - and the other end has been some serious noise - Broken Water, Heirs, Grinderman, Helms Alee, Pissed Jeans, Robedoor... What can I say, Im a complicated man... And I cant complete a day's posting by offering something new that is darker around the edges. However, in my skewed view of things, I feel that UK's Crippled Black Phoenix come out in the middle somewhere.
A supergroup of sorts, with members floating in and out from bands ranging from Mogwai, Iron Monkey, Electric Wizard, they have been around for over five years now, and I, Vigilante marks their fourth full release. Its a concise and yet elongated effort that has the listener buckling in for a full subversive ride, CBP unwilling to create anything other than a full album concept. You cannot take one track as being emblematic of their sound. It is a stormtrooper march into some nightmarish dystopian battlefield, never letting up, threatening to overcome the senses before reining in for a moment's respite, then the next wave of assault hits. Its an album of sound, at times elegiac, at times bludgeoning, but always showing a sinewy steely-eyed determination to get under your skin. A worthy release, and one that will gain in reputation as time goes by. It is a very solid 2010 release, another to punch above its weight, a real monolithic affair. And the craziest thing here is that the band sees this as a stop gap, a taster, of what is to be their true next release. Im not sure whether I should be elated or shit scared.
Crippled Black Phoenix - Troublemaker
Posted by Brendan T