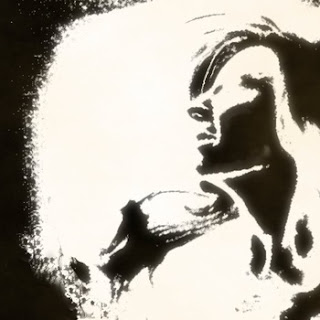 The term 'rusalka' is an eerily seductive one. Steeped in Slavic lore and mythology (and bearing much resemblance to the Banshees and nymphs of other cultures), a rusalka is said to be a ghost/wraith that takes on the form of a beautiful young woman, but is a drowned woman or an unbaptised dead child. Most versions of this represent rusalki as benign creatures, who can be put to rest if their death is avenged. However, that is not always the case, and can at times attack a human foolish enough to indulge them...
And hence we come to Rusalka, the Illinois band to have taken on the moniker. Brandishing post rock as their weapon, the four piece have just finished off their first EP, Accent, and it lends itself to the backstory of their name. Hovering between the ethereal and the violent, Rusalka evokes early Mogwai (although not matching their severity or beautiful brutality), Appleseed Cast or Stars Of The Lid, none of which is a bad thing at all. They have some growing to do in order to get out of the shadows of their idols and to provide a canon that is indicative of their own individuality, but as a starting point Accent ticks all the boxes with aplomb.
Accent can be gleaned from the band's bandcamp site - name your price.
Rusalka - Bossfight
Rusalka - Lester Burnham (live)
Posted by Brendan T

Email ThisBlogThis!Share to TwitterShare to FacebookShare to Pinterest
Labels: Mogwai, Rusalka, Stars Of The Lid