Not Cool are better than cool 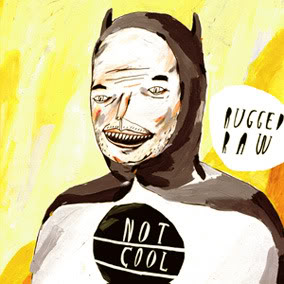 And bam, where the fuck have they been! This morning I woke up blurry eyed to the fact that Sonic Masala have a new favourite live band. Last night SM trotted down to London's best gig venue The Luminaire to see Screaming Females (yet another Upset The Rhythm gig, they can really do no wrong). Screaming Females were awesome as would be expected (a review is forthcoming) but, more out of sheer surprise than anything, it was support band Not Cool that stuck out in the mind, just about.

I've heard bits about south east London trio Not Cool, their track 'Limbs are for Liars' featured on the Italian Beach Babes / Paradise Vendors 12" Comp that dropped back in August that I had completely failed to buy, I've missed out big time clearly. But nothing could have prepared us for how good a live act Not Cool were last night. A raucous explosion of energy so tight you would have thought the band had been touring for decades. A full review and photos will follow soon so I wont go into too much detail but you can imagine my joy this morning when I discover that Not Cool have just dropped their debut mini album 12" Rugged Raw on Sleep All Day Records, get it here, if its half as good as they were live then winner is written all over it. Taste below of their debut 7" Wonderful Beasts and Perfect Hair Forever from Rugged Raw.

Email ThisBlogThis!Share to TwitterShare to FacebookShare to Pinterest
Labels: Not Cool, Screaming Females, Sleep All Day, Upset the Rhythem