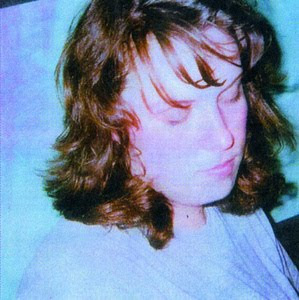 I heard Merchandise, a Tampa Florida 'supergroup' made up of members of Cult Ritual, Divisions and Nazi Dust - a few weeks ago over at a mate's place, and immediately fell in love with them. They released a sweet EP a little while back, but their recent LP (Strange Songs) In The Dark (Drugged Conscience/Katorga Works) is amazing, 7 songs of non stop awesomeness. I dont know how to describe it without it sounding redundant - lets just say this could be the best underground pop album of the year. There are gargantuan amounts of white noise and distortion on here that will appeal to shoegaze altruists, but overall its the languid rhythms topped by the withering vocals that set it above and beyond most releases Ive listened to in the past six months. Its endearing, which isnt something you can say about most albums that dish out this kind of dissonance. Its downbeat for sure, but give me something that rivals its murky beauty and we'll call potato potarto, ok? It really is that great.
Merchandise have also just released Gone Are The Silk Gardens Of Youth, a cassette produced through Cult Maternal. Its much more demo-ish, but 'Schoolyard' comes from that. Download the tape here.
But seriously folks, dont sell yourself short there - get this LP!!!!!!!!
Merchandise - Loss
Merchandise - I Locked The Door
Merchandise - Schoolyard
Posted by Brendan T