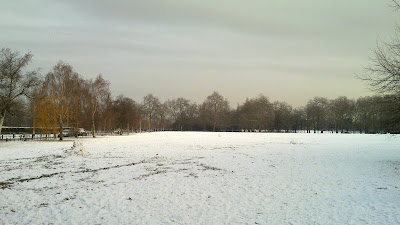 We've been a bit slow on the posts this week, somewhat of an unintentional freeze on productivity, much like the weather in London. I swear my street looks more like an ice rink than a stretch of tarmac.

So this week the Friday Cover Up is a little rushed to be honest. I have a saying though - 'if you're stuck for a cover version then you can always really on Mr Bradford Cox'. Yep, yet another Atlas Sound number, in this case Atlas Sound's version of Bob Dylan's 'This Wheel’s on Fire'. Vague connection I know, but flaming wheels wouldn't go amiss around here right now. The posts will flow, as per usual , next week I'm sure.