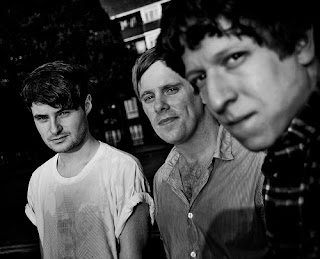 London's Not Cool came late onto our radar when we saw them carve up as support for Screaming Females at the Luminaire last month. Since then Paul and I have dived headlong into their (admittedly small) back catalogue, and are impressed with the garage punk results - these guys know how to have fun, thus are far from uncool.

So we hyped em up, then asked them to hit us with their greatest parts of 2010. This was the result.

2010 has been a strange year. We have released a mini-album, been part of 3 other great releases, played some festivals and played with some of our favourite bands…. while, at the same time, we’ve broken down on the outskirts of Norwich for ten hours without heating, broken some bones, been spat at, had semi-violent arguments with each other and managed to do it all on the healthy periphery of what I believe some people call ‘this industry!’ We’re just trying to have fun though.

Email ThisBlogThis!Share to TwitterShare to FacebookShare to Pinterest
Labels: Not Cool