Have Patience With The Dead 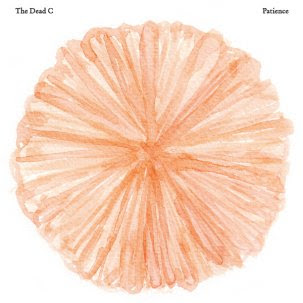 Another album Ive taken my time to get into (after mentioning Smiley With A Knife yesterday) has been The Dead C's Patience. These fellows hail from New Zealand, which may surprise a lot of you who are used to jaunty Flying Nun/The Clean esque bands coming out of there over the past few decades. And what may surprise some of you even more is that, rather than being part of the 'new guard' of NZ acts that we have mentioned here over the past few months, The Dead C have been churning out their slowcore/hardcore post rock (depending on the mood) drones for the past few decades - Patience is something like their 32nd release - and thus superseding many of the oft touted pioneers of their craft. Having proved to be the backbone of ever impressive label Siltbreeze when it was a fledgling group back in the 1990s, The Dead C are now putting out albums with Ba Da Bing! - but there is little to no difference in the way the trio go about crawling into your ear, burrowing into your brain, then sending pulse throughout your entire body until your bile boils. Its not dark stuff, just mesmerising with the occasional moment of electrocutional genius. Opener 'Empire' is classic Dead C - a sprawling track full of droning dissonant rock, a natural progression from 2008's Secret Earth. Then there is 'Shaft' - a visceral thrashing punch to the throat, proving to all Dead C haters ('they're old, past it, and what the fuck was with that Future Artists album anyway?') that they havent been defanged - they just do their thing, their way, no question asked, no answers given. Dead C advocates will love it, and although it isnt the best album to come to as a beginner, it sure beats most of their young counterparts.
Grab Patience here.
The Dead C - Shaft
Posted by Brendan T