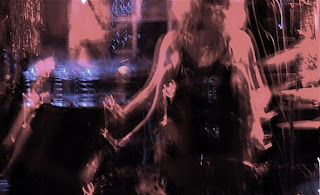 So, we are a bit slow off the mark here, but it is December! Exciting times for the most part, due of course to the upcoming festive season, the parties, the presents, the drunken mishaps - but also because it means its the impending end of 2010. This is always interesting in music circles as everyone huddles over a drum fire (or a kiddie pool filled with ice and beer if you are south of the Equator) and discuss your favourites of the year. We love lists - they are endless sources of comment, debate, outright outrage, and sometimes a gift of their own (as in 'Shit, how did I ever miss that? Ive gotta go chase that up stat!')

So not only are we going to be giving a bevy of debatable lists of our own (best songs/live shows/albums/EPs/new bands etc), we thought we'd rope in some outside influences to put their two cents/pence/pesos in. So this month, be prepared to hear from diverse corners, just to allow you to get into the mindspace of some of the people we think really made our 2010.

First up is one of my favourite 'new bands', Athens Georgia messups Tunabunny! Their debut LP Tunabunny was a nice mashup of lo-fi dirtiness and Ponytail-esque spazzouts - a worthy release indeed - so I thought Id ask them what they liked most about the year that has seen them rise up like a burning pile of rubbish shot out of a cannon...

Tunabunny’s Top Ten of TwoThousandTen: a Tribute To Terrificness
1. The Fall – Your Future Our Clutter

2. Brigette got a 25-cent raise at the video store where she works

Interesting guff indeed! From today onwards, look forward to a new list as we close down 2010, and also celebrate the end of the 1st year of everything that is Sonic Masala...
Tunabunny - Gasmasks
Posted by Brendan T