Not Not Fun - Crown Center stage 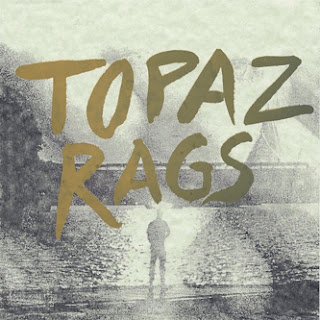 A few weeks back (ok it must be over a month now) I posted about the parting gifts of Pocahaunted. This prompted me to check over the recent output of one of my favourite labels and Pocahaunted's former home from home Not Not Fun, and how have I been missing out. So with so much awesome releases dropping from the Not Not Fun stable recently I thought a label based serious of posts, much like Brendan's recent Bad Panda Records based posts, was in order, picking out some of my favourite recent and not so recent drops.

So to kick us off, a bit late, a taste of that 'ghost of Pocahaunted' I mentioned, Topaz Rags. California trio Topaz Rags consists of Amanda of Not Not Fun and Pocahaunted fame, Britt, Amanda's other half and Not Not Fun label co-founder, and Ash.

Now the self titled West Coast ghost squad has been a bit quiet this year. I'm just guessing here, but with Pocahaunted's Make It Real LP dropping this year, a tour, the LA Vampires adventures and the Not Not Fun day job maybe Amanda has been a touch busy. But Topaz Rags haven't been completely silent. Way back in early September the West Coast trio dropped 7" The Crown Center, their first new material since last years Capricorn Born Again LP, and its dark prowl down Topaz Rags' sinister new territory. Apparently recorded in "heart of winter in a room with one blue light bulb," chanting witch vocals stretch over an ever falling doom laden rhythm - its dark, its grim, its ace. And what can say of the B Side? The band use the term "psych-psycho psyche" and I can't argue with that. This is a 7" very much worth your time and hopefully a taste of the next Topaz Rags long player. Buy here, taste...

...and more Not Not Fun goodness to follow soon.
Posted by Paul M

Email ThisBlogThis!Share to TwitterShare to FacebookShare to Pinterest
Labels: not not fun records, Pocahaunted, Topaz Rags