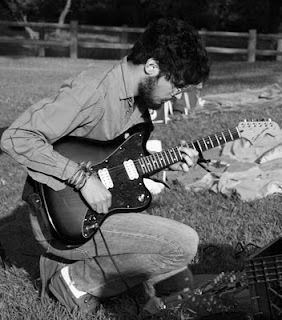 We finish up this week's lists with Kevin Greenspon, the main man behind mega rad of death DIY label Bridgetown Records, producer of one of the best lo fi releases this year, Weed Diamond's Carry On + Sweater Kids. He's also responsible for putting out releases by Cloud Nothings, Junior Low, School Knights, Whirl, all of which are fantastic releases. Greenspon has put out great stuff in his own right, especially a 10 track split he did with Cloud Nothings (see here for my approximation of its awesomeness), sound collage Common Objects on Family Time Records and Rose Window, a cassette releases out on Life's Blood. We've kept up with each others' travails over the year, and so I thought Id hand it over to the man himself to tell us what went right (and sometimes wrong) in the year 2010.

After being invited to do a guest post with my "best of 2010" list for Sonic Masala, I took a few days to really think about what I wanted to share. It's been a great year on several levels for me: I've completed some successful DIY tours, put out a handful of records, CDs and tapes that I'm very proud of not only for myself but for bands I like, gotten my life back on track, have come closer to finishing school, and got a much-needed pair of new shoes. But when it really comes down to it, these incredible accomplishments don't have much bearing on the rest of the world and doing a "best albums of 2010" list would be pretty boring.

I've seen plenty of these lists. In fact, I'm writing this in mid-November and I've seen a few already. The year isn't over yet, so what gives? And really, does anyone actually look up bands they've never heard of on the dozens of lists they see? Or do the more publicized lists on major "tastemaker" websites just more firmly cement bands that PR guys with no vested interest other than paychecks from bands in their rosters have been trying to cram down our throats all year long? If anyone is actually interested in a number of albums, singles, labels, or performances that I was really into this year, I'm only a phonecall, chat, or email away. For the purposes of this guest post, I'd rather just talk about other things.

Sean Carnage Monday Nights at Pehrspace - http://www.seancarnage.com/ - For 5 years, Sean Carnage has been the king of underground music in Los Angeles, unafraid to mix bands of every (and I mean every) genre, from established acts that tour across the world to innovative new artists that no one's ever heard of. So many bands got their start at his shows and this year, he's just been on a roll. Being a part of his last show of 2010 this holiday season is going to be incredible. Everyone in LA should call in sick on Tuesday and check out what they've been missing out on and see the first performances of artists that they'll be hearing about a few years later when the rest of the world gets the memo of what's going on in the real LA underground.

The state of Colorado, no doubt about it. 4 days in this state were just not enough. Even though I didn't do anything in Denver and was caught in a blizzard, I'm sold on this state. Countless beautiful mountains, forests, weather variation, less traffic than California, and extremely supportive and appreciative people in the smaller cities I played in. Can't wait to come back and play some more shows with some days off to truly enjoy this state. Maybe move here someday.

Work/Death "To The Hills of Altadena" on Jugular Forest - Not only was Work/Death the best live set I saw all of last year out of several hundred bands/artists, but the first song on this tape is just incredible and the closest you can get to that 2009 Fall tour experience. This guy's been at it for so long, but this album is a leap ahead of anything he's done to date. Beautiful and painful compositions that seamlessly blend harsh noise, drone, collage, electroacoustic and ambient styles into something truly unique and moving. The art of the cassette tape refined by years of solid W/D releases, untouchable by all the new guys. Perfect.

Most depressing movie of 2010:

Jackass 3D - I felt really good about my life after this. That is no small feat. Seeing this in a theatre (thankfully we had free tickets!) made me feel like I'm actually on the right path in this life, which just so happens to be any path other than one that leads to doing these kinds of things when you're over 20... or 30. The CKY series and Haggard ruled, it's a shame it came to this.

Most exploitative case of a label taking advantage of its fans:

Mexican Summer - Whoa, people are seriously buying $20 12" EPs that aren't even postage paid? To the point where they're selling out? And thinking this is a punk/indie/whatever label? Have some self respect guys, these dudes are making nearly $15 profit per record sold. Real indie/punk-minded labels don't dare sell their records for that much let alone jam the actual profit margin that high. The reason labels like this can get away with highway robbery is because people tell them they're cool with it by supporting them.

Ballsiest move by an underground label in 2010:

Unlimited editions and permanent re-issues on Monorail Trespassing - As more and more "tape revival" pieces hit the internet and magazines, people seem more and more drawn to the idea of limited cassettes than the actual music on them. Now more than ever, people are asking artists at shows "well, which one is the most limited?" when they're trying to get merch now, which is pretty disappointing. The way I see it, doing an extremely limited album is okay for friends to hear something without you or a label having to invest a thousand dollars in making a physical object, but it also means you don't want all that many people to hear it for a number of reasons. If you're truly proud of something, having boxes of copies still available a year later isn't a bad thing because it means that more people can hear it even if they had no idea it existed when it was initially released. Which is why a label like Monorail Trespassing making the decision to permanently re-issue dozens of sold-out, sought after tapes from several years ago and release new albums in unlimited editions so that people can always own an album in it's intended form for it's original price is pretty unique. The success of most tape labels right now depends on producing a fetishized, limited artifact that can potentially sell out in days even if the artist/label aren't proud of the work or the collector isn't legitimately interested in the music... so taking the complete opposite approach shows how serious Monorail is about the music, that the novelty of limited collector's items is brushed aside to focus on releasing high-quality tapes that anyone can have.

Blink 182 "Punk Poets" unofficial documentary - To be completely straight, I'm a huge Blink fan and super into badly packaged movies as well as the idea of anyone using the word "poet" to describe something that has nothing to do with poetry, since that's my least favorite art form. So stumbling upon this used DVD for $2.99 was the highlight of my night until I took it home and watched it. I never thought in a million years that anything Blink could bore me, much less put me to sleep. All it has is their old high school teachers going "yeah, uh they were in this band, uhh their demo was good, they were gonna be uhh.. huge..." It's unofficial for a reason!

Fierce Ruling Diva - "Rubb It In" - This video makes absolutely no sense: giant flightless birds, cosmic sci-fi visuals, trigger happy Google Image search downloading, bad 3D effects and color filters set to a pretty solid song. Really disorienting and tongue-in-cheek. Bummer that the current crop of new age synth jocks and lo-fi beach punks couldn't come up with something this fun, because then way more people would be exposed to this incredible (and confusing) work. Whoever had the idea to crossfade futuristic design elements into photos of angry looking emu faces that change hue is an artistic genius.

Lil' Wayne - "I'm Single" - My friend sent me this song right when he got out of prison and it just blew me away. I listened to it at least 3 or 4 dozen times in two days and it just got me extremely bummed out, especially when wearing good headphones. Super depressing, painful and bleak. The beat and lyrical drawl are straight up demented! I think this is what the whole "witch house" thing would sound like if the figureheads weren't too busy getting paid by Levi's to use Garageband filters and wobble on stage confused by their own instruments/songs. Weezy always knocks it out of the park.

Bandcamp demo submissions. These are the worst! How serious can someone be about their art if they're trying to score a record deal/tape by using a site with a uniform layout for every user, that doesn't give them an opportunity to express who they are and what they're trying to do with their work? The idea of the site's alright... but getting emails from strangers like "yo my name's chris i make music on my mac, u can here it on my bandcamp do you want to put out some vinyls like a 7" or lp? let me know man" is so impersonal and looks so bad. And no, I don't think anyone is interested in your Bandcamp statistics, having 50 downloads in Brooklyn doesn't mean anything when it comes to real releases. As someone long intrigued by filthy Shrimper/Unread-style bedroom recordings and who listens to every single demo I get, the lazy "Bandcamp demo submission" is the one thing that makes me question and worry about the direction where home-tapers are headed next decade.


Kevin Greenspon is touring Stateside at the moment with Nicole Kidman (the band, not the Aussie actress - see the new tour video below a track from Rose Window).