Sunday Hits From The Box #1

We get quite a few hits here in the ol Sonic Masala inbox, and what with the constant stream of music that passes us by at a regular basis, some things fall through the cracks. So I thought that we'd start up a new post every Sunday that gives lip service to some of these bands, thus giving them a chance to get their name out there a little more.

First up - Thank You Mr Keating comes from Connecticut, and is prepping his release of The Baxter Special. He has set up a site devoted to it - check it out here. The narrative claims to be one of trickery, technology, greed and betrayal, with one character being called Buffalo Bill Hickens - its very James Bondian and silly fun. I couldnt work out how serious this all was... The music is very good though - slipping from 90s indie rock to the newer, Japandroids-esque version on the genre, especially 'A Change Of The Plan'.

Thank You Mr Keating - A Change Of The Plan 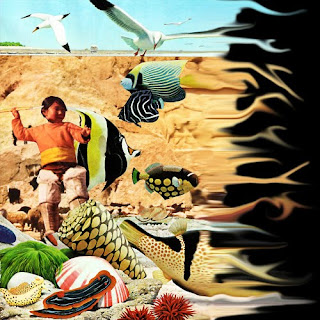 Kohwi is the solo project of the drummer from a band called Mellows (check out Mellows here - they are pretty rad) - and Hidden Trees is his new release through funky label Wonder Beard Tapes. Its an electroacoustic clusterbomb of eccentric ambience, and makes for an interesting listen. He bears more than a little in common with that other warped alchemist Mickey Mickey Rourke -the schizophrenia that can see a beautiful track like 'rem' sandwiched between Animal Collective shadower 'Hobbies' and the looped mania of 'Play With Me' - although its all a little clearer on the production values. Great cover art too. Only 80 copies of this though, with shipping out mid January, so get crack-a-lackin... 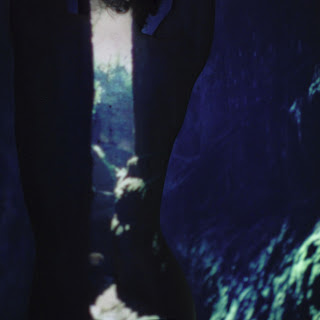 Now this is a tasty release. Spoken word artist Matt Finney has combined with Ukrainian dark arts composer Heinali to create Conjoined, an amazing pastiche of drone, post rock and shoegaze with a hauntinmg overture that reminds me of Godspeed You Black Emperor's 'The Dead Flag Blues', or even Slow Riot For New Zero Kanada. Its much darker than this of course, with clear tips of the hat to Nadja and Trent Reznor, and its dedicated to Kris Anglyus of The Angelic Process. These guys have never met in person either! Its quite amazing actually, ending in the shower of squall that is 'The Sun Will Rise Yet We Wont Be Here'. Get it here. 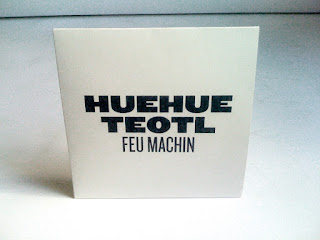 Finally, we have Feu Machin, a Parisian psychedelic noise act that are releasing debut EP Huehueteotl (Orbe Records), which is said to be inspired by all that is elemental, from wild reign of telluric and cosmic forces. There is something organic in the way these tracks meander along, create a fibrous spiderweb of interlaid sounds that can suddenly shatter in a gust of icy force of noise. They are making some noise outside of France too, having recently toured the US and supported Deacon (Animal Collective). You can pick up the EP from Collectif Tralala.