Elder Statesman of Noise Hands Over Reins To Grandfather 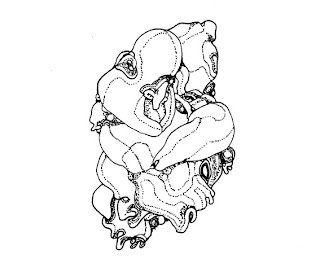 Steve Albini has carved out an illustrious career out of producing countless amazing albums for amazing bands (from Slint and the Pixies to Nirvana, Jesus Lizard, The Mark of Cain, Melt Banana - too many to mention really!) as well as being in amazing bands in his own right (Big Black, Rapemen, and the ever impressive Shellac). He is also a controversial mouthpiece, never afraid to speak his mind, as evidenced in his The Problem With Music article a few years ago. In a recent interview with GQ magazine (WTF!), he spouted off about lots of things, mostly with vitriol, including stating that he hates the fashion industry and that he hopes GQ as a magazine fails. Hardass indeed... But the biggest surprise was in store for Sonic Youth, stating that their move to Geffen Records in 1990 was a bad influence on indie music and were distasteful, that it was their biggest mistake - even though he has produced albums for bands on major labels in the past.

Albini: There was a band that came into the studio a while back called Grandfather. They were an art-rock band that organized the funding of their record through Kickstarter. They were really well rehearsed and came into the studio and knocked the record out in a couple of days… That’s the kind of nimble, efficient behavior that was previously impossible when there was a corporate structure involved. It gives me confidence other bands will figure it out.
Very glowing.

Then Mike from Grandfather contacted us about his love od our Bloody Knives review, our blog, and this album, Why I'd Try. It is an accomplished effort, and seeing as the funds were brought in on the guys' own backs (alongisde the Kickstarter initiative they sold much of their own possessions to get the thing done), its all the more impressive. And you can see Albini's influences shining through the cracks, alongside his proclivity to mainline Jesus Lizard-style menacing grooves into what are essentially meandering indie rhythms, with some gnarled guitar flecks spattered throughout. Grandfather remain unsigned, but surely not for long.

Why I'd Try is available as a free download from their own site, but you can also buy it in limited edition vinyl or CD - we really need to support this kind of initiative, where bands attempt to pour their all into their music and resist the temptation to put it on Bandcamp and then spam all and sundry with their results (not that that is always a bad thing mind, it just shows that these guys are willing to go the whole hog).