Paul is absolutely right - it has been an uncharacteristicly slow week on planet Sonic Masala. What with the weather, work, and the unfortunate triple hit of a broken down computer, phone and Hotmail address having meltdowns, so Ive been inadvertanly incommunicado. That's what a lovely solo Gallic getaway gets you, I suppose...

So I thought to make up for it Id cram a couple of new posts into one today (as well as my 2nd Paris-related post later in the evening). 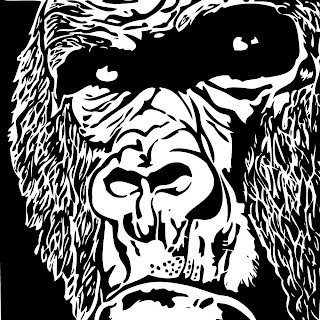 First up is a band we've covered in the past, Bridal Party. These German weirdniks had released Born Again On Dark Star back in June (see our thoughts on it here), and are back at us again with EP Gorilla's Skull, a 4 track opus that continues the spacey, tripped out vein tapped in the earlier release. Yet these tracks (other than moments of ‘The Light Holds’) steer clear of any Animal Collective tagging they may have received in the past, opting for a darker, more industrial chillwave triptych, starting with brooding ‘Our Rise From The Sea’, augmented by the warped swirling and slowed down vocals of ‘Reward’, and closed out with ‘Good Dreams Planting You’, three and a half minutes of echoing minimalism that feels potent in its impotent sheen. Dark, slightly menacing, altogether enthralling. Get both of Bridal Party's releases at their bandcamp here. 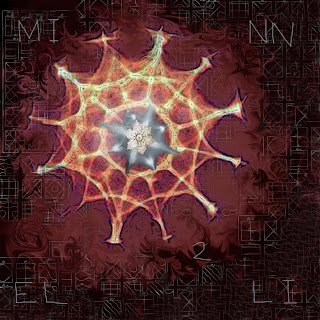 Now for the second entry, Wellington, New Zealand based artist Minnelli. 2, his 2nd release (funnily enough) through Sonorous Circle (Glass Vaults, Paperghost), is a half hour of cinematic epics awash with dark rhythms and glacial synth. The ambience conveyed throughout 2 are best captured on 'Winter Steps' and 'The Deployee', which emanates through your head like a frozen tundra illuminated by a Technicolour sunrise. Elsewhere, 'Trenthamer' isnt far removed from a John Carpenter score, except without the cheese, and the sprawling 'Old Negro Wisdom' ebbs and flows like an arctic snake having a seizure. Again, get Minnelli's albums on his bandcamp.

Play both of these as an accompaniement to these frozen weeks ahead.
Bridal Party - Our Rise From The Sea
Minnelli - Winter Steps
Minnelli - The Deployee
Posted by Brendan T