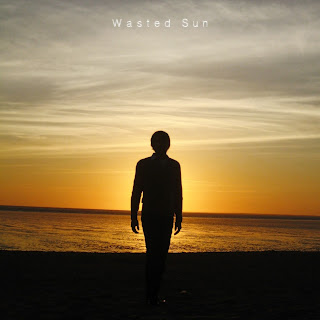 I featured an entrancing artist out of Paris earlier this month called Burzinski, whose dawn til dusk musings reminded me of a Tom Waits like character caught in an Edward Hopper painting. Well, there were a few favourable responses to this, and one from another Parisian who performs under Any Version Of Me. His latest offering is called Wasted Sun. now Ive talked recently about faithful throwbacks to sounds of yore (Ringo Deathstarr, Anne, Shimmering Stars, just to name a few) - but here on Wasted Sun we have an album of love, all wrapped up in a Fab Four bow. Opening with 'Monday', Any Version Of Me is all about the 60s. This could be 'Lady Madonna Mk 2', it mirrors the Liverpudlian game changers so well. And throughout the album we get cuts across the spectrum of great pop - 'The Grass Was So Green' channels a melancholic Ray Davies, whilst elements of The Mamas and the Papas and The Beach Boys emanate throughout. This is a true homage to a bygone era that will never leave the heart and soul of music - a clin d'oeil like they say in France - and for that Im grateful.
Grab Wasted Sun here.
Any Version Of Me - Monday
Posted by Brendan T

Email ThisBlogThis!Share to TwitterShare to FacebookShare to Pinterest
Labels: Any Version Of Me, Beach Boys, Burzinski, Mamas and Papas, The Beatles