Friends For Now - Spending The Parisian Weekend With Young Prisms 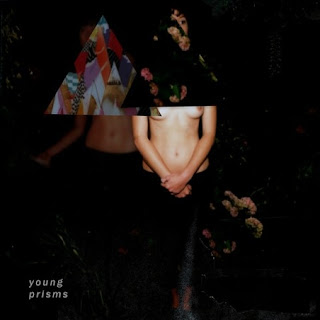 Hey kids! Guess what? Uncle Sonic Masala has just spent a weekend in Paris, walking around in the blistering cold, feeling snowflakes eviscerate his brain and looking at lots of cultural stuff. It was pretty rad. But my soundtrack made it even better. I listened to a gamut of great 2010 releases - Jesu, Merchandise, Deerhunter, Women, Best Coast, Grinderman - plus some other great bands. But the three that got into my head the most as I walked along the Seine seeing the Eiffel Tower through the mist were Weekend (who we rated the hell out of here), Young Prisms and Reading Rainbow. As Weekend and Young Prisms have a tenuous link outside of my malfunctioning iPod, I thought Id post about them first.
Having just finished a tour supporting Weekend, Young Prisms have been making a name for themselves with their woozy shoegaze with split records with Weekend, Mathematic and Small Black, and are now prepping their debut LP Friends For Now (on Kanine Records, who have been home to the likes of The Depreciation Guild, Grizzly Bear and Surfer Blood) in January. This album is infectious as fuck - think along the lines of their past touring buddies, but only if they listened to more Bradford Cox and a smidgen of early Dandy Warhols. The San Fran quintet live together, allowing for a tightness in their shambolic ramble that is reminiscent of other bands of their ilk. Its actually a fun record, despite the shimmering distortion, especially on tracks like 'Sugar'.
And its not long at all til you can hear them live! Check out any of the three London dates they are smashing - Dec 6th @ the Macbeth, Dec 7th @ the Lexington w/ Banjo Or Freakout!, and the support slot for ATP's Dean Wareham Does Galaxie 500 Dec 8th - that one is @ the Garage. Then they jet off to mainland Europe to support A Place To Bury Strangers. Yep, these crazy cats are flying high, and its a pity this album wasnt released in 2010 - Friends For Now would be pushing for my top album.
Preorder Friends For Now here.
Young Prisms - Sugar
Young Prisms -Eleni
Posted by Brendan T