Take A Walk Down Waskerley Way 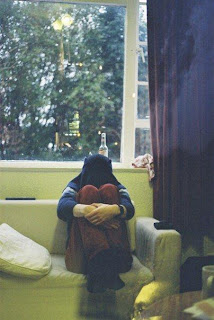 Got an email from Mikey a couple of weeks ago. He shared my love of last year's MBV curated All Tomorrows Parties, and passed on his EP Holly under the name Waskerley Way. Its a heady swirling mixtape sound, an intriguing amalgam of a slightly out of tune AM radio station with ambient bliss bombs ramping up the grooves. 'Nocturne #1' perfectly illustrates Waskerley Way's focus. Its an infectious release that is so of its time, yet the 80s time warp leaks out of the fused melodies to skew your eardrums. Tasty.

If you're in Mikey's hometown of Newcastle you can catch him play at the Head of Steam next week. If not, you can check out Waskerley Way try his hand at an Ariel Pink cover on Pinglewood's Ariel Pink mixtape - pretty cool indeed...
Waskerley Way - Nocturne #1
Posted by Brendan T