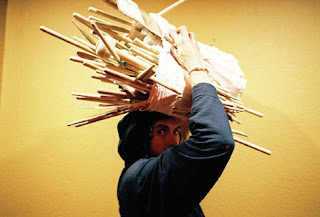 Hill, possibly the greatest drummer on earth, and definitely the busiest, has here come closest to his Icarus-like devotion to reach the sun. His interlaid drum solos as always showcase his brilliant technical instrumentation behind the kit, but it is the way in which he has constructed his songs that is the true coup here. The manic mosaics are skewed beyond belief - skritching guitars, whorling loops, distorted and monotonous vocals - and it is one of the busiest, most disconnected, and fucking greatest albums released this year. It is so much fun.

But that doesnt mean its an easy listen. Oh no! Its disjointed, confronting, incredibly strange and fucking loud. Imagine, if you will, that Menomena went camping with Lightning Bolt, with Battles stoking the fire and cooking marshmallows and Angus Andrew from Liars dropping by for a brew and some peyote - and thats as close as the intricate spazzfest that is Face Tat can come to a descriptor. Or try this on for size: it all melts together like a fiercely burning cock candle, until all you have is a white hot pool of gloop with a flickering flame at its epicentre. Then its up to you to move the wax around and do what you will with it...

It does has its slight faults - Hill's vocals are still a bit one-dimensional, and he is yet to unlock the greatest mystery of all - a technically faultless yet melodic album with clear structured pop anthems at its core - but Face Tat proves without a doubt that he is perilously close. And if that means that this is a failure - then my 'achievements' haven't even left the petri dish.

Face Tat is out now on Sargent House - I implore you, get this album. Here's what it looks like: 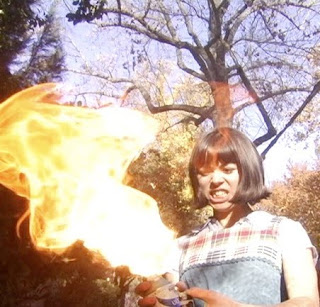 And what's more, Zach Hill is touring the US incessantly in Jan/Feb 2011 with likeminded pop fucksters Deerhoof (whose drummer Greg Saunier - a brilliant skinsmith in his own right - appears on blistering opener 'Memo To The Man'), with current Prince Rama support act Ben Butler - I wanna go to America! February is my birthday - they play Nashville on that night - it'd be my 30th - who's coming?!?!