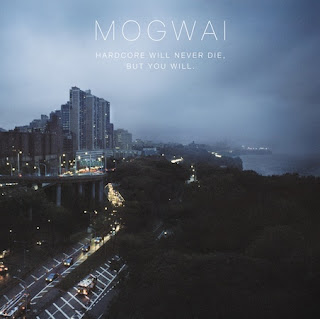 I know that this will be on countless other musically-inclined internet sites, but seeing as Mogwai is one of my all time fave bands, it goes without saying that Im mega excited at the prospect of offering a new track from their upcoming new release, Hardcore Will Never Die, But You Will, out on Valentine's Day 2011. The new track is called 'Rano Pano', and its the 3rd track on the album proper. 'Rano Pano' will be released as a 7" single in January. Also exciting is the artwork that will adorn the album - its a simplistic yet amazing piece, and it just about washes the bad taste in my mouth that the borderline-emo title suggests... (What?! Im bagging Mogwai? I know, sacrilegous, but Ill stand by my notion that the title is a pretty bad one. Still think they are mega rad of death though. So there.)
Mogwai - Rano Pano
Posted by Brendan T

Email ThisBlogThis!Share to TwitterShare to FacebookShare to Pinterest
Labels: Mogwai