Second Sofa Made Of Dust Proves A Matriachal Throne 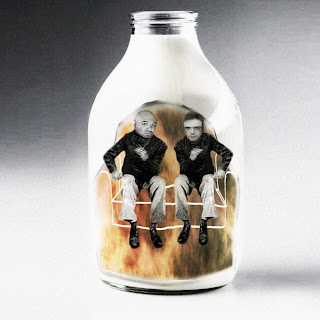 I posted earlier this year about A Sofa Made Of Dust, a collaboration between two guys who recorded every style under the sun in a wine-fuelled blaze - and its an adventurous sojourn down Warped Lane. (See here for the article). Well, after the success of such a concentrated creative unleashing, the guys are intending to release an album a month, until either their musical magpie-like wells are drunk dry, or there's no alcohol left in the known universe. A Throne For Mummy is their second effort, inspired by drinking and smoking on a Monday afternoon - the album's title comes from Bob arriving late after having to buy a toilet seat for his mother - true story. It showcases their on-the-fly way of creating distorted genre pastiches, all bar the freak folk plinkings on their take of Neil Young's 'Helpless'. Inspired, and inspiring - although I generally use binge sessions to speak shit and...well, thats pretty much it.

You can grab yourself A Throne For Mummy for free here.

Email ThisBlogThis!Share to TwitterShare to FacebookShare to Pinterest
Labels: A Sofa Made Of Dust, Panic Arrest