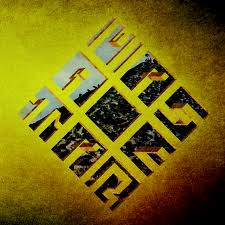 Athens Georgia's post rock Gorgons Maserati are releasing their latest album Pyramids of the Sun on Temporary Residence - and it is what you'd expect from the three piece who have cornered the instrumental rock-via-LSD-via-Stonehenge-via-Studio 54 market. In fact, it surpasses that to actually capture the innate intricacies, grooves and emotions that Maserati have been dealing out for the past decade. Nevertheless it is with more than a tinge of sadness to think that they are now reaching the summit of power that they themselves have created, as long time drummer and integral songwriter Jerry Fuchs passed away late last year in a freak accident. The songs ooze with confidence, perfectly shaping a Trojan's horse of noise that can one minute be making your body move whilst tinging the disco aura with menace; or colouring their rock orchestrations with a kaleidoscopic miasma of joy and hope. You have the sense that the remaining members, Coley Dennis, Matt Cherry, Chris McNeal, have gone the extra mile to ensure that Fuchs' final legacy is monumental. I believe that their efforts are duly warranted - whats more, the end result is incendiary.


Maserati - Pyramid Of The Sun