Shjipping Through The Wooden West 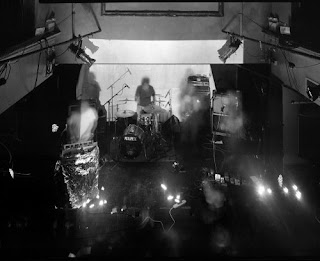 What with the great Moon Duo release Mazes coming out on Sacred Bones earlier this year, it’s easy to forget that Ripley Johnson’s day band, Wooden Shjips, are also hitting us with their new longplayer. West (on Thrill Jockey Records) promises to be a hotly debated album amongst psych rock fanatics as the emphasis for the San Francisco band’s 4th album (and 1st studio-recorded one) has been touted as being about the American West. Basing such an assertion on track ‘Lazy Bones’, I'm guessing that whilst not much will have changed on the Shjips front, the included input of Phil Manley (Trans Am) and Sonic Boom (Spacemen 3, Spectrum) will be like playing this record in the baking sun - this is one insistent little bugger, its locomotive hi hat driven percussive beats and repetitive distorted guitar underpins the psychedelic double standards that Johnson’s warbling vocals insinuate. It’s a warped trip, all right – just not as we know it… 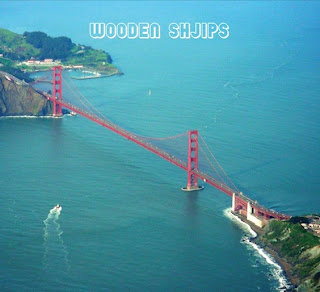