I mentioned in passing a compilation that Crash Avenue put out and sampled some of the bands that they were pushing. One such band was San Francisco's moonbell, who were formed in 2010 by Garen Ingleby, David Paslay, and Lisa Colvin. Their M.O. is to embark on a journey to discover and harness a primal, hypnotic sound that permeates the very pores of your being, fuses with your atoms and indelibly takes you over, cell by cell. Fixated on varied elements of light and dark, moonbell draws on influences as diverse as Spacemen 3, early Ride/Verve, Broadcast, and Harmonia for inspiration. Their EP Figurine definitely highlights these influences - and there is nothing wrong with that, these four tracks sound pristine. Built on a unique bass groove of crackling analogue synth, a swirling haze of guitar and spacious percussion combine to deliver a compelling sonic storm. Im pretty excited about this one - it certainly helped me yesterday when I had the alcohol dependency sweats in my smack den of a bedroom. No babies crawled on the roof, so moonbell prove to be a safe trip - and a necessary one. 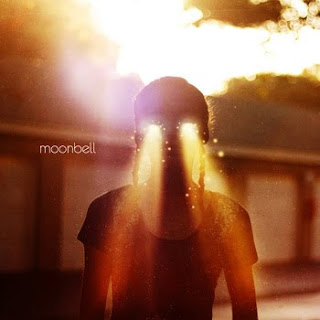 Figurine is out now. And Im putting this forward to be in the running for best cover art of the year - soooooooo good!