Hits From The Box #27 - Cracking Nuts 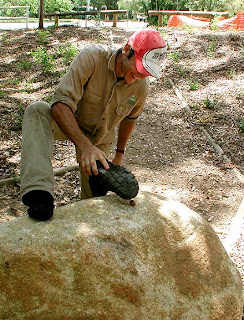 Sorry about the lateness of this week's Hits From The Box - I decided to treat myself after a weekend of marking, essay writing and reviewing to an afternoon of beers and listening to vinyl at my friends' place. Kids, Hoodoo Gurus, homemade pizzas, Pixies, Fred Negro, Wipers - ah, it was a special time. There was a fair amount of time spent cracking macadamia nuts with their son, who for today will be known as C-Man. The C-Man and I had a good thing going - I did the cracking with a rock, he did the peeling and occasional eating. It is the epitome of a good afternoon slash evening without dipping into debauchery, which is always a nice change of pace...So yeah, that took up my day. I guess Im not that sorry...but here is your fix, regardless! 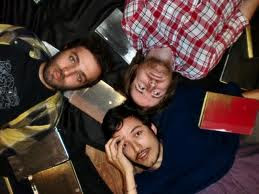 Here's an LA bedroom pop project that I found to be pretty ace. So Many Wizards have just dropped their latest 7", Inner City/Best Friends, on a limited edition 70 gram colored vinyl pressing on boutique label, Seven Inch Project. The songs reflect the contrasts realized during Nima Kazerouni’s move from the Los Angeles suburbs to the city. “Inner City” draws from the changes in pollution, poverty, noise and the paranoid uneasiness Kazerouni first experienced. "Best Friends” was written afterwards and further depicts this experience, but in the carefree sense of being able to find pockets of calm within the chaos and the general acceptance and deep appreciation for living in L.A. Together, the two songs strike a balance between anxiety and calm, city and nature. These tracks are incredibly polished, if somewhat sugary for my musically diabetic tastes, yet it somehow succeeds to win me over. Maybe its the Ponytail leanings in Inner City'; maybe its the infectious groove that permeates 'Best Friends'. Whatever it is, this is a band well worth getting into, the 7" is available here. 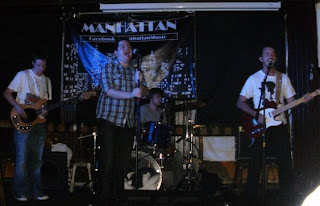 Manhattan are an irreverent four piece from Dublin, Ireland, who have very little in the way of info on the World Wide Web, other than the usual skulduggery of meeting over a love of Green Skittles, listing their genre as "Sexual Tyrannosaurus", firing the brass section for being a brass section...but I have to say I really warmed to their music. They have some nifty covers in their repertoire which you will be hearing about shortly, but their original stuff ain't half bad either. They are just finding their feet - the below track is a demo - yet this kidding kids are worth a shot...or five. 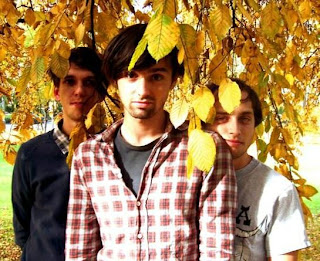 Killed By 9V Batteries are a bunch of Austrian noise-boys have just released their second single from upcoming LP The Crux - 'Worst Of Total Anarchy'. Its a nice laid back groover, languid yet with the slightest angle of urgency to keep you on your toes - it even has the slightest Bradford Cox vibe. Apparently the band formed after attempting to score the lead singer's short film. Apparently the music bug latched on instead, and here they are, three albums in. Apparently they are more known for their distorted power pop rackets. Apparently Ive used a lot of apparentlys. I can say this - I like this song, and will be giving the album a spin come the tail end of September. 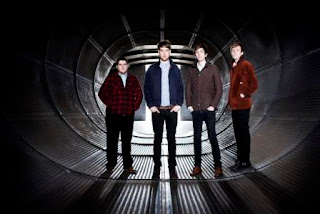 UK act Films Of Colour have slowly built up buzz over the past year or so through all the usual channels, yet I never really felt the connection. I will say that the release of the Capital 7" offers a darker side to their art-rock leanings, which shows a glimmer of hope for their evolution into a band that I might get excited about. Of special note is the B-Side 'Persinette' - a real lurker, it is extremely polished fare, with a Thom Yorke of yesteryear like howl in the bottom third accompanied by Ride-aping guitars - all of which warms the cockles. 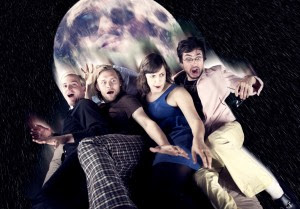 Here is the new single from Minnesota doods Sleeping In The Aviary, coming from their upcoming album You & Me, Ghost (out September 6 on Science Of Sound Records). It's their fourth, yet this is my first bit of their cherry (innuendo semi-intended). It has a fantastic crunch in the guitar, a fat vibrating bassline, and some real urgency wrapped up in an innate sense of fun - this is not meant to be taken seriously. Think...Weezer. Ahem, I meant to say old, GOOD Weezer. It bears those pop trademarks with distinctive kudos given to the kids of the 60s who knew that rock and roll wasn't evil, and the girls were into it, but didn't necessarily know it was sexy either. Good times! (And their website kills...)

Sleeping In The Aviary - Talking Out Of Turn 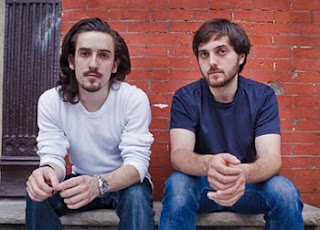 Finally, we have the math rock leaning psych shakers Courtesy Tier. I just love the rolling rhythm that the drummer instills here, underpinning the dexterous, honey drenched guitar here - it's as if a bunch of Southern moonshiners brought up on Lynard Skynard got stuck in a tour van for weeks with a Sargent House sample tape jammed in the deck.Courtesy Tier is always a surprise, sometimes even to themselves. The NY based duo are ready to launch The Resolution on your arses - you may as well let em.

Email ThisBlogThis!Share to TwitterShare to FacebookShare to Pinterest
Labels: Films Of Colour, Hits From The Box, Killed By 9V Batteries, Manhattan, So Many Wizards