Cerebral Ballzy WILL Tell Me What To Do... 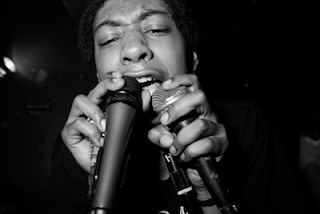 The ace Cerebral Ballzy have just released their self-titled album on Tuesday. A friend said he felt like a traitor in liking these guys as there were so many skate/thrash bands in the 80s that did exactly the same thing. Thing is, hardcore punk doesnt aim to change, it aims to kill, and this is raw and fun - Black Flag and Suicidal Tendencies would be proud. And the fact that Adult Swim took them aboard speaks volumes. Their hearts're on their sleeve, and their spit on your face - trust me, it's OK to get cerebral.

...and now stream the entire album below!