Oneida Steadfast With No Absolutes 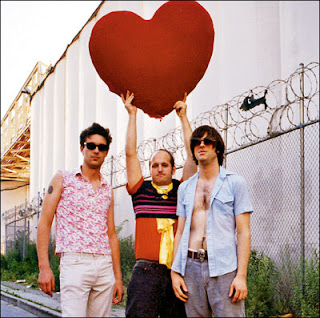 I couldnt wait to hear New York sonic marauders Oneida's new album Absolute II, the third and concluding chapter in their conceptual Thank Your Parents triptych. Not because they are one of my favourite bands - they are pretty amazing though - and not because I had been hanging out for their new release for a while - which I have been - but because of the hugely divisive reviews that the album has been collating. I absolutely loved the slating it got from The Line Of Best Fit - check it out here...

What the fuck do people expect from one of the most deliberately polarising acts of the past five years? They flutter around the edges of many genres without being decent to fully inhabit any of them. They repeat, juxtapose, refute, improvise, contradict. That is who Oneida is, and that is why they are such an exciting and esteemed act. Sure, Absolute II wasn't exactly what I expected either - a four track aural bashing, droning guitars, little vocals and - what the fuck? - no drums?!? That actually shocked me, as the drumming is to me the pivotal part of their entire back catalogue. Yet it didn't appall me like it has some - in fact, I thought it made more sense than not. They are the subversive demons of the psychedelic noise Underworld, and they will do whatever they damn please. If you like your repetitive drones - which I most certainly do - then you will find solace. If you embrace Oneida's self destructive notion of constant reinvention, you will admire the veracity of their perseverance. Many of you will think this is shit, though, and in some way, fair dues. This isnt Oneida in almost any guise you would recognise. If you actually make it the concluding chapter of the Thank Your Parents trilogy (the others being 2008's Preteen Weaponry and 2009's epic triple album odyssey Rated O), it has the right grooves and notches to fit the missing piece of the puzzle. Or not. You decide. I like it, anyway. 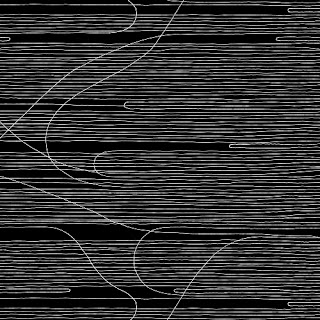 Absolute II is out now through Jagjaguwar - you can get it here.