Sleep Rules Everything Around Wugazi 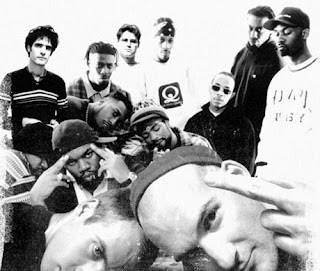 I had a few different posts in mind to kick off the week - first week of the new financial year, Fourth of July, Monday Death March...yet when I heard this track yesterday, thoughts about anything other than discussing mashups seemed superfluous. Wugazi is from Minneapolis, and he has - you guessed it - mashed together Fugazi and the Wu Tang Clan. Well, only one track exists at this present time, but it fucking kills. Called 'Sleep Rules Everything Around Me', (or 'SREAM'), the song segues the beautifully plaintive piano lines from Fugazi's 'I'm So Tired' into some of the Wu's 'C.R.E.A.M' - and its great. Crazy great. Remember when you first heard The Grey Album, Danger Mouse's mashup album of the Beatles' White Album with Jay-Z's Black Album? I never thought I would feel excitement for mashups again anywhere near as much as I did for the album - I cant listen to the original 99 Problems anymore... Well, Wugazi might be bringing that back. And I for one am creaming my pants for more.

Wugazi - Sleep Rules Everything Around Me
Posted by Brendan T