Living Beyond Music For Milk 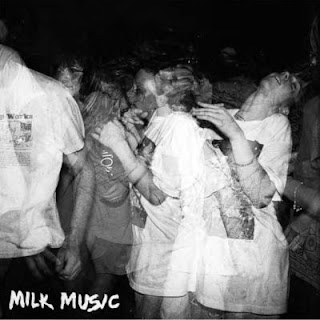 I heard about Washington malcontents Milk Music initially through good friend and soon to be bro Si, yet it was my sister that really harnessed me onto latest release Beyond Living. Not because whatever she likes is golden (although you could say that about me too - but then you'd be lying), but I just didn't see what the fuss was all about. In fact, after the first listen I felt as nonplussed as I did when I saw Yuck play for the first time, before their album - and in their instance, first impressions fucking last. Yet making such a presumption is harsh, so I gave the LP (out on Perennial Records) a second listen. Thank God I did, as Beyond Living is as infectiously accessible as any of the 90s slacker elite that the trio aim to espouse (or even further back, if you'll pardon the Wipers references. Furthermore, on tracks such as the titular song there is fast, powerful, sloppy yet imminently lovable fun to be had. They arent interested in fashions or trends, or even playing really well - the proof is in the unabashed passion for having a good time. They even have time to close with an instrumental - as if appealing to me personally. And it is 'The Burning Light' that has me immediately scrabbling to spin this again, and again...six track at under twenty minutes is nowhere near enough. There is nothing off about this band - in fact, the more you have of it, the better it is for you.

Get Beyond Living here.