Not So Quiet Cohen Gets Fresh With Some Magic Tricks 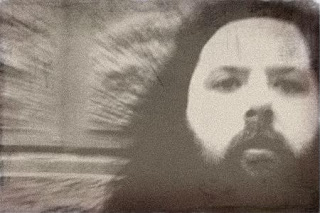 And so we end our Sunday triptych with a more tenuous, yet valid, connective. It is not everyday that new release day falls on your birthday, and you also happen to be releasing an album. It is, however, more likely to happen if you are the ever-prolific Tim Cohen (of Fresh & Onlys fame). On Tuesday July 19th 2011, Tim Cohen released 100 limited edition copies of his new 4th album The Glad Birth of Love on Empty Cellar Records. Featuring some ace guest appearances by the likes of John Dwyer (Thee Oh Sees), Grace Cooper (The Sandwitches), Diego Gonzalez (The Dry Spells, Citay), and several other San Francisco musicians, The Glad Birth of Love is the first Tim Cohen album to not directly bear his name, but the name of his band, Magic Trick. Its a 45 minute album composed of four epic long-form compositions saturated with Tim’s uncanny pop sensibilities and vivid lyrical imagery. Transitioning seamlessly from sparse acoustic blues, to dense bass, to layered of lush vocal harmonies - this album is a culmination of Tim’s work to date. 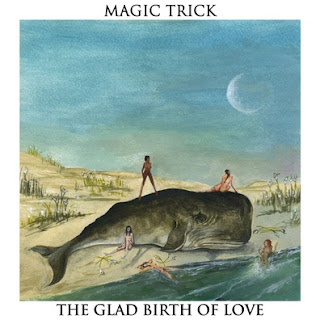 You can get the limited edition of The Glad Birth of Love HERE, which comes in an elegant old-style tip-on jacket with a 11x22 poster - saweet! Don't fret, if you're not quick enough on the draw, the record will see a full worldwide release (LP/CD/digital) August 23rd.

And the connection? The Quiet Americans are friends and have played with Fresh & Onlys! Ok, maybe its more than tenuous, but its a great way to round out our Sunday.
Posted by Brendan T