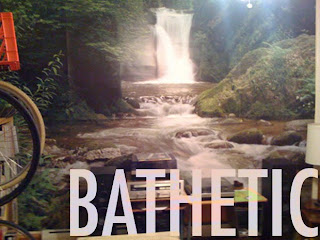 After the King Dude release earlier this year, I thought that Bathetic Records had hit their 2011 peak. And in my opinion this idea still stands - but these two releases are mighty tasty... 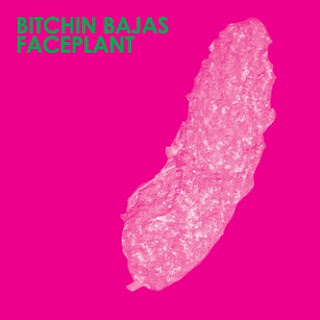 Bitchin Bajas (the solo synthscapes of Cooper Crain - true analog zone outs) & Faceplant (Mr Aaron Coyes to his folks, or maybe more Peaking Lights to you?) come together in a alarmingly seductive menagerie of drone-pop. Its organ splurges, TRONic spazzouts and kraut coughs and splutters. This shouldn't really be enough to pack a dancefloor - but one drop of this and you'll be packed in like sardines. The vinyl is limited to 600, and if you get it now you'll get a free 7" of your choice! Isn't that the best, around? 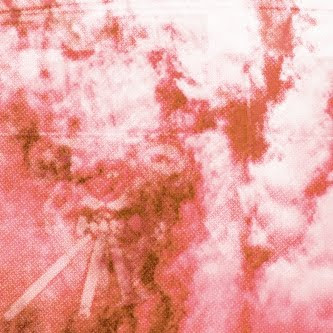 But as if Bathetic would leave it like that! After putting the highly admires Pink Priest to bed, its progenitor William Cody Watson has decided to step out under his parentally-adorned moniker, and the result is this cassette, Her Tusk Was Adorned With Rose Petals, which furthers his musical layering of dreamy ambiance and droning minimalism. Feeling like Im caught in the backstreets of the city, dull streetlights guiding my way, when the world starts to slip off its axis...And with the closing song being called 'I Can't Listen To My Bloody Valentine Without Thinking Of Scarlett Johansson' did enough to tip me into the parallel worlds or bewilderment and elation. There are only 100 copies of this, 10 of which include a handwritten unique poem from Watson, corresponding to an individual song title from the release. These 10 copies are hand-numbered & come in 7" x 5 1/4" PVC cases with custom artwork. These are first come, first serve. HELL YEAH!