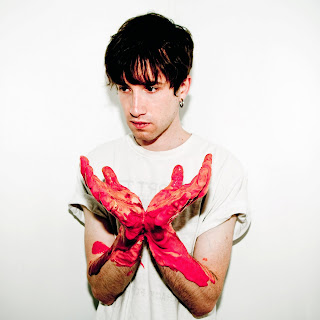 Whether its my dislocation from the London scene since my sudden departure to Brisbane some six months ago, but I hadn’t heard much at all of note of Warm Brains, the solo project of Rory Atwell (Test Icicles, KASMs). Atwell has proven his worth as a producer of late, working his DIY grungey aesthetics on SM faves Male Bonding, Fair Ohs, Cold Pumas and Veronica Falls amongst others. Yet here he is, refusing to sit idle, releasing his debut album Old Volcanoes (August 1 on Marshall Teller Records).

Loud & Quiet Magazine’s claims that he is wasted behind the mixing desk is a debatable one, but he sure has a talent in his own right as a musician. What this album showcases is a knack for slacker noise pop that not only matches its current contemporaries, but hints at the type of longevity that some of the genre’s innovators lacked, especially when considering the fact that Atwell wrote, performed and produced all of the tracks unaided other than some vocal collaborations (and seeing the vocal talent - Roxanne from Veronica Falls, Gemma from Trogons and Florence from Paradise – it’s easy to see why he roped these lasses in).

Its all very exciting, moreso when considering the promise of Warm Brains performances all over the UK this summer. Garnering help from Joe Ryan (Fair Ohs) and Anna Jones (Brothers), Atwell kicked off his plan for global domination on Saturday with their appearance at the Shoreditch 1-2-3-4 Festival, and are playing the following ace shows: 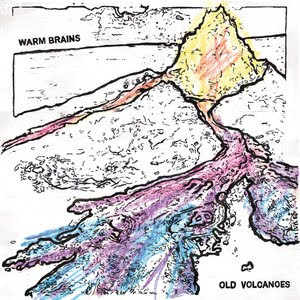