Friday Cover Up - How About A Four-Way High Five? 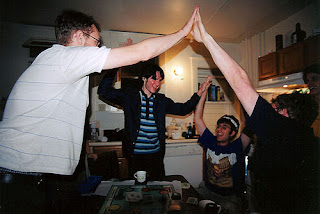 Yep Things are about to get REAL messy around here... 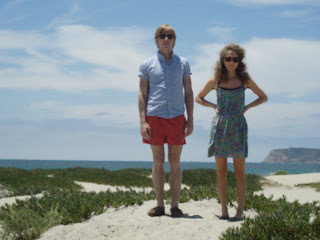 First we have the widely praised duo Tennis. Cape Dory (via Fat Possum) has been very successful, yet rather than rest on their laurels, the band now brings us 'Is It True,' a Brenda Lee cover. Alaina Moore explains why they chose the cover... "Brenda Lee has been a great source of inspiration for me. We stumbled across the song 'Is It True', a less popular single she recorded later in her career and loved it not just for her more mature, crackly voice, but for the randomly awesome inclusion of a very young Jimmy Page on electric guitar. The song is such a jam, we really enjoyed the chance to record it ourselves. Despite the limitations of recording it on a 4-track cassette, and then having to mix it in a pinch on an 11 year old lap top, that crashed regularly, all the parts we love are there." 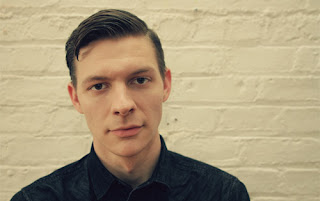 J. Irvin Dally's new limited-edition vinyl 7" Sun Room / Teething comes out in a week, and it promises that there is more to come from the man who brought the excellent Despistado EP to us last year. So, along with a taste of the 7", here is a recent coer he did of the classic Stones track 'Wild Horses'... 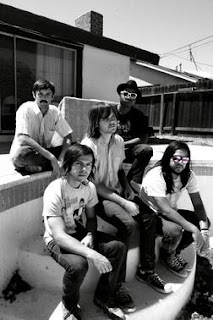 Crystal Antlers - how you keep playing with me! I slated the first taste off their upcoming LP, 'Summer Solstice', then totally dug the track 'Two Way Mirror'. Now here comes another lovely scuzzy number in the form of 'I Slept In An Arcade', the Black Randy & The Metrosquad cover, which can be found on a compilation called Beat LA. The compilation is the result of the efforts by Narnack Records founder Shahin Ewalt, along with Toddrick Spalding and Angel mendoza of Greatminds Records, to help out the victims of the horrific earthquake that destroyed the nation of Haiti at the beginning of the year. A plethora of current LA artists (who also included No Age, Boom Bip, Imaad Wasif and Lucky Dragons) covered songs written by alternative, punk and rock musicians of the past that helped to define the LA sound (other covers are of The Germs, Gun Club, X, Minutemen, The Urinals and The Doors). Proceeds from the compilation benefit Doctors Without Borders/Médecins Sans Frontières (MSF), one of the leading relief organizations working in Haiti. You can buy one here - as you can see it's a very worthwhile cause, and you get a lot out of it too! 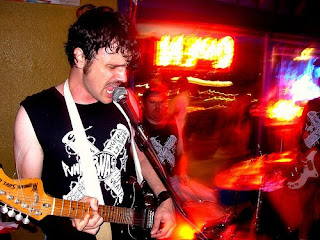 The "money shot" in this cover whorefest comes from Digital Leather - two posts in one day big guy! He is also an interesting musician when it comes to reinterpreting covers, as the below Jay Reatard song 'Hurts So Bad' attests. Im sure Jay (who was a close friend of Foree's) would love it, as I know you will too!