Tuffing Out The Wild Desires 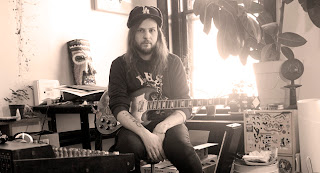 King Tuff has had a pretty big first half of 2012. First of all they sold out their Wild Desire 7" on Suicide Squeeze, whose title track slays in so many ways. Kyle Thomas's vocals are perfectly laconic, his guitar solo is insanely awesome, and he manages to capture elements of 60s Kinks, 70s Clash and T-Rex, throw it all into a reverent blender and spew forth one of the best singles of the year. The crazy thing is that he doesn't blow his wad here - Wild Desire is only foreplay.

King Tuff, his second LP after 2008's Was Dead and first for Sub Pop, is overflowing with charm, charisma and riffs that it's hard not to throw out all other albums and mold this permanently to the turntable. This is distilled garage pop brilliance, albeit with a better guitarist than usual at the helm, yet the solos (and there are a few - all amazing) never overshadow the innate positivity that emanates from Thomas throughout the recording. Sometimes it may have benefited from a bit more edge and bite to take away from the giddiness felt throughout - but then that never hampered last year's excellent album Goodbye Bread from SF god Ty Segall, did it? Also, has an amazing cover sleeve. Always an attractor... 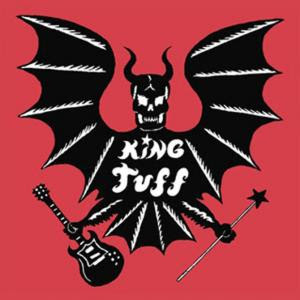 King Tuff is out now on Sub Pop. This too is hard to get on vinyl - it's been selling better than even Sub Pop predicted - but you can still grab it (also in a bundle with the excellent bat logo T-shirt) here.