Today is the beginning of two weeks' holiday for me. Im not heading anywhere. Im glued to the couch, watching TV shows and films I need to catch up on (just watched both Bad Lieutenant films to kick it all off), reading books Ive had on the shelf since before English was invented, playing "old school" PS2 games (Splinter Cell collective, here I come), and talking about music to you guys. Because this is the kind of thing that kills it for me. Well, travelling to awesome places are great and all, but after ten weeks of killer lessons, my Masters degree and illness, Im happy to go into self-induced seclusion...at least until I go to see Supersuckers' Eddie Spaghetti on Thursday, at least. But I'd never leave you out in the cold! So here is another icy cold six pack from the box to get you nice and toasted. 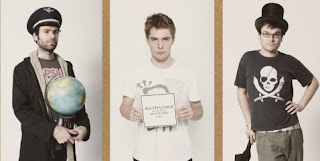 I'm gonna kick off proceedings nice and slow with Paris-London pan-European folk collective Balthazar B and the Beatitudes. They have just released their debut record I Am The Tide, and it's a solid effort, swinging from blues growl, gypsy jitter and folk eloquence. I threw it on on Saturday when I had a splitter of a headache due to finishing work, my Masters degree and a thousand Polish beers, and it went down a treat. You can grab it here - you can also grab 'Hold On To Me' and 'The Greatest Story' (which has a bit of Broken Social Scene to its opening quarter) for free. 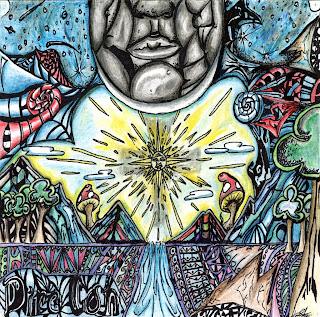 Tennessee's Dire Con are not good for a hangover. Instead these gritty tracks are all about hard southern living, strained through a roughly hewn grunge sieve (think of Violent Soho covering Incesticide on 'Miss Patty' for example). El Deth Recordings (who put out COP's excellent Urgency record) helped put this sucker out, and whilst a little too much like its Seattle forebears at times, there are some tracks such as 'Pills' and 'Wasted Youth' that offers enough light and originality to proffer repeated listens. 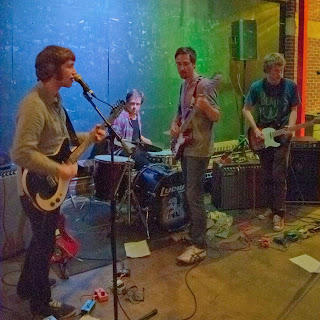 With a name like Panther Ray, I was expecting serrated, snotty garage punk or some such variation. Instead I got this Minnesota . Parallel Motions is their LP, and it is a weird hybrid of experimental sound compositions ('Soar', 'Color Tilt'), lo-fi pop thrown into a battered wood chipper (the great 'Water Towers', Deerhunter-esque 'Burning Palms', the Beatles on heroin 'Memory Bank'), with the occassional burst of rock licking at the corners. Actually reminds me a fair bit of Meth Teeth, although not as emaciated and rusted out - which fares well for the quartet. I really like this record, and reckon that such loopy multi-instrumental energy would be electric live. Do yourself a massive favour and grab Parallel Motions here. 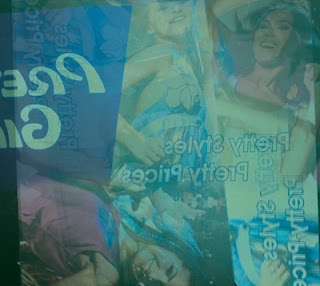 Let's keep rolling on the left-of-centre angle here with Alan Watts. Their EP ...Is The Fantasy Band is...well, different. 'Africa Bats' offers bat screeches, incoherent dronal vocals, distorted synth and a swirling shoegaze guitar that comes off decidedly early Animal Collective, whilst 'Lee's Child' holds a bit more relevance to the shoegaze moevement that first brought the group together. On that, I'll let the trio speak for themselves...

"In a year, Alan Watts shifted shapes three times. We were founded in the basement of Party Expo (Bushwick) last spring, on a strict diet of industrial shoegaze ("Thank You, Spectral Void" EP). By fall we were consumed with finding the communal meeting point of glossy rave and the ghosts of No New York ("Post-Fantasy").
For the recording of ...Is The Fantasy Band, we ventured from bong-ripped basement chaos to a more ecstatic set of sounds: crate dug beats, über bass, trance guitar, howling angels, and the casio funk, all of which were wrapped up and recorded live at Shea Stadium on one night last November. We would like to thank the years 1913 and 2016, and the letters P and F. Peace to boom bap and Pizza the Hut. Ghosts in the machine are real."

Fair dues. You can get ...Is The Fantasy Band here. 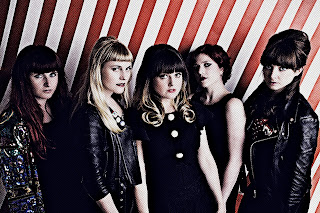 Now for some dreamy fuzzed out guitar pop from Dublin, or more specifically September Girls (a spelling correction from the excellent Big Star track, I presume?). The quintet (Caoimhe, Jessie, Lauren, Paula & Sarah) love their 60s touchstones, reverb tsunamis and drum explosions, wrapping it all in trademark class. Their Wanting More cassette sold out in days, but there is a seven inch on its way coming out on Soft Power Records which is well worth getting ready for. The title track is the better of the two, musically and production wise, and gives a honest indication that they are the real deal. What with Girls Names coming out of the Emerald Isle also, Ireland is kicking serious goals in this genre of the musical void. 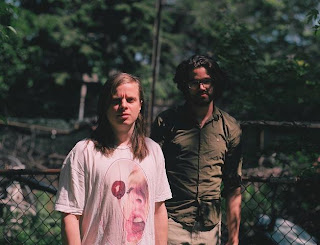 I'll end today on Brooklyn-based duo Lushes. 'Harsh' is their first track proper, and I can't get it out of my head, partly due to the production by Bachelorette (aka Annabel Alpers) and mixing by Adam Cooke (Beach House, Double Dagger), two class acts, but the track itself holds real resonance, and promises so much more. Apparently their other tracks are more complex/experimental, so if this is their "mainstream" track we are in for a treat. They have a record in the wings that will hopefully see the light of day by the end of the year. Don't take just my word for it - they recently played a show opposite a veritable who's who of great 2012 acts such as Dope Body, Guardian Alien and Roomrunner (ex-Double Dagger drummer Denny Bowen's band). Lushes, ay? I'll drink to that.