Not So Random Old Harlequins 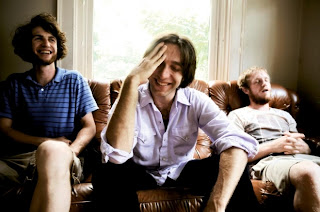 I reviewed a delicious little cassette by Cincinnati band 20th Century Tokyo Princess a while back. It was the first release put out by Random Old Records. I have had their second release in my ears this past week, and I need to pass it on. It's The Harlequins, the second longplayer by - you guessed it - The Harlequins, and let me tell you, it's damned killer. The energy that permeates every track is palpable. Once again the quality of the recording here is sublime - you really need to have this on vinyl guys! Comparisons to Thee Oh Sees are not mistaken - whilst they swing and rattle in the cage of garage rock, picking various tropes of the genre almost on a whim as it suits, it is all done with such verve and ardent mania that it all inconceivably makes sense. The chugging drive of 'End For Us' loops into 'Heaven', a swooning psych pop number that would have John Dwyer tapping his toes. Elsewhere there is the raucous swirl of 'Burned', the slow blues grind of 'No Not I', the grungey dirge of 'Randomly Tuned' and the almost-sunny pop of 'Backwards Forwards.' It seems a disservice to focus on any one track though - this really is a fantastic all round album. I know I showered appreciation on The Hussy only a couple hours ago - and it was warranted - but The Harlequins is a better record, and is one that not enough people are going to hear. So be a spokesperson, get your town crier garb out of the closet (I know it's hiding there!) and decree that The Harlequins are so good, you'd sell both kidneys just to die in their ice-packed bathtub. I'm that committed, at least. 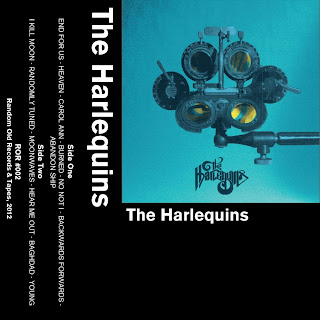 You can get The Harlequins on Random Old cassette here, or on CD here, where you can get their previous releases too.