Sandcastle Made Out Of Rock 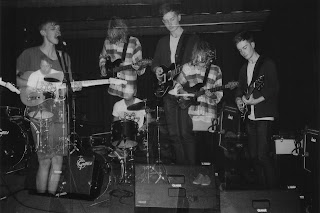 I received this in the mail last week from small Melbourne label Nutritional Content, and it goddamn rules. The three track EP is from young psych punks Sandcastle, and it has been on constant rotation here on Planet Masala. The four piece already inhabit a comfortable discordant cocoon despite being an incredibly new and green band, which is even more exciting. These three tracks often sprawl with laconic disdain, yet never feel flabby - tis raucous garage guitar punk we have here people. 'Warriors' is feverish in its intensity, with singer Max Posthoorn's voice mixing between a nonchalant drawl to a Tourettes-ish yelp without a moment's notice. It disappears into a psychedelic cave of ominous echoes and fades before offering a disease-ridden release in the final third that is truly cathartic. 'Red Lights' is much more post-punk oriented, morphing from Joy Division monochrome to MC5 breakdown abandon without so much as a howdoyoudo, whilst brilliant 'Ice-Cream Treat' sprawls out across 8 1/2 minutes, and not a second is wasted - in fact out of the three tracks, I wish this one went on forever. This is crazy good stuff - I'll be doing all I can to drag them up Brisbane way for a gig or two in the near future. 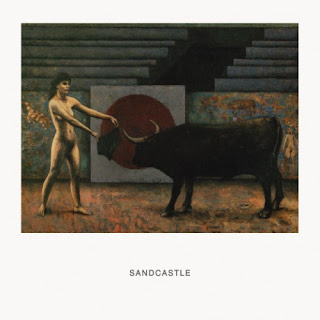 Sandcastle will hopefully hit the shelves in late July - sign me up.