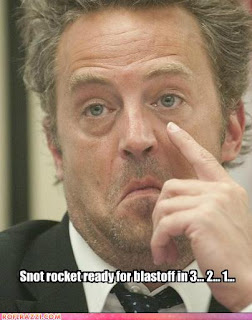 I just blew my nose. That occurrence has taken place well over 100 times in the past four days. My nose looks leprous. Nasty. Mucus and beards do not mix either. Sometimes it pays to stay in bed. Actually, for a guy who looks like me, I'll NEVER get paid for that. So I'll just have to suck it up. Then hawk it up later in an alleyway.

Hits From The Box, anyone? 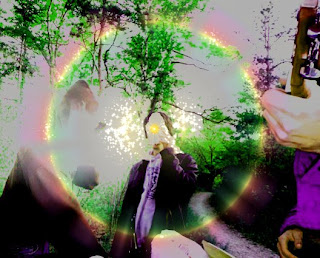 I've decided to bookend today's batch with some wild experimental fare. First up we have Alex Tedesco and his release Pretty Lies. These 14 songs are great - in parts. His voice is strong and entrancing, yet I'm not a big fan of the way that most of the songs are cut in half, with some effect or noise or even compositional direction comes in to totally rearrange the mood of the song. Something ambient becomes tinnily abrasive; something rocking gets sucked into a wired portal of static; something somnolent becomes a meandering screech. Then again, maybe that album title is the point - Tedesco keeps you on your toes, for what he promises is never where we end up. He claims that his sound encapsulates a folk-based break up album torn apart and put together completely wrong, as overseen by members of This Heat. Well, there is enough here to make me want to listen to what else he has up his mismatched sleeves. Grab the free record here. 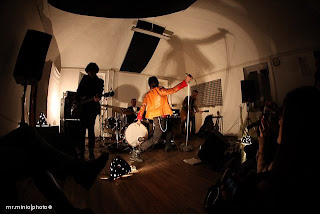 Now onto some slightly more brain friendly fare. Kash is from Italy, and their deal is Full Of (out on Sick Room Records), which has pulled out the bells and whistles what with Steve Albini on board to produce and Bob Weston shoring up the mix. For me when they go all out it suffers from the singer's penchant to sound almost Nickelback-ish in his stadium growl (sorry...), but when they pare it back, like on 'Physical Swimming', there is more than a hint of Young Widows about their menacing groove. These guys have something - let's just see if they can harness it on their next release. 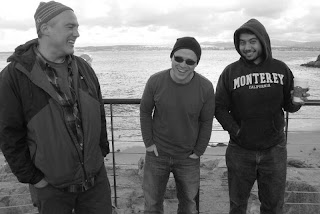 I feel like some bluesy rock, so step up Glimpse Trio. This trio (duh!) have an album coming out in July called Garage, their 2nd, and it's unashamed to rip as much 70s riff rock as it can. It's good fun though. 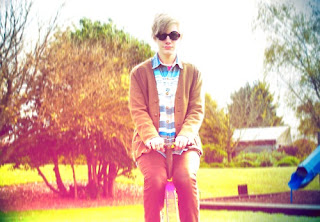 It wouldn't be a Hits From The Box if a New Zealand act wasn't floating around the ether, and Christchurch's Zen Mantra is a worthy taker. This is a bit lazy, but this lil press release says it all:
"Spawned in Christchurch, New Zealand, Zen Mantra channel trippy vibes with a smattering of young 'fuck the world' punkittude. Like a male-led Summer of Love girl group jamming surf rock in outer space, Zen Mantra will make you feel warm and fuzzy - much like a wake 'n' bake."
Nice. Weird, sunny grunge skronk could only come from the Land of the Long White Cloud - or a massive bowl. 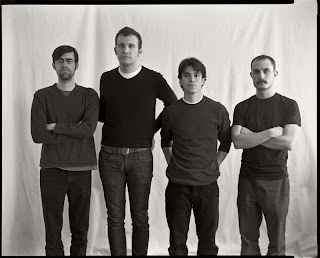 Kam Kama come from Indiana, and after hanging out for a couple years have put forth this debut EP, The Tiled House. Whilst a press release comparison to TV Ghost doesn't really hold up to these six tracks, what we do get are slabs of insidious post-punk weirdness. Think of Joy Division and The Cure mashed up in a helium balloon perhaps. Consistently good, this is the perfect launchpad to something quite special, methinks... You can grab The Tiled House on white 12" vinyl from Sister Cylinder here - not a bad purchase I reckon. 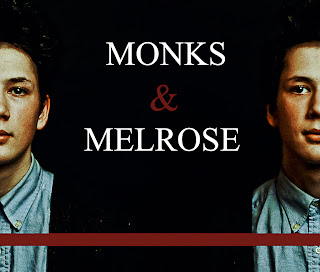 And then we end with Monks & Melrose. This is quite similar to Alex Tedesco in its audacity and tedium for me, but once again there are glaring rays of light. Admittedly the venture is the moniker for Seamus Patterson, a 17 year old dude from Ottawa, whiling his time away in his room. The result, instead of a multitude of cement-grade tissues, is Ottawa (ah, fitting). Before it crumbles into offensive nothingness, 'Foreigner' is a great track. 'Birds & Wings' meanders nervously around a dreamy ambient vortex, whilst 'Clear View' could very well be a Minimum Chips B-side (a very strong compliment, kiddo). Well worth checking out, and checking in on in the near future (I believe he has an Ottawa Pt 2 on the way...)

Done. Now I'm off to drink rum and watch football - that cures the common cold, doesn't it?