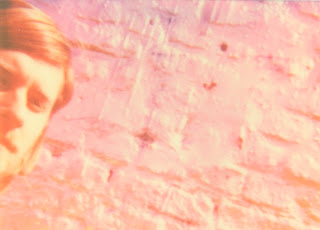 Jacob Faurholt is the man behind the warped lo-fi meanderings of Crystal Shipsss, and his first longplayer under the moniker Yay is one that buries under your skin effortlessly. With most tracks under two minutes, it would be fair to think that these songs are a little undercooked or throwaway - au contraire, it has me wondering why three minutes is the quintessential length for a successful pop song. The Danish producer is based in Berlin and has supported the likes of Efterklang, Grizzly Bear, and The Black Heart Procession in Europe, so his talent is recognised, yet on Yay I get a sense that Faurholt is taking things up a notch. There is something fragile and passionate in these songs - the haunting lilt of 'My Dark Slimy Soul', the misty-eyed nostalgia of 'Smile', the slowburning tension of 'Crystal Lipsss' - that makes them relatable, and inherently infectious. Faurholt states that his friends in Montreal were making music as their living, which changed his outlook on the medium, and in 2010 began writing these songs only when motivated and without over-thinking things - just letting it happen when the need arose. Such aspersions are eveident throughout and have helped to inform some beautiful compositions. Faurholt's high-pitched wavering vocals may take some people out of the frame at first, but persevere for there are some incredible tracks here. In the same vein of Beach Fossils and Hanoi Janes as far as lo-fi aspirations, albeit in a quirkier vein, Crystal Shipsss is a project that we all should keep an eye on. 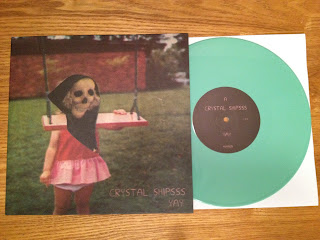 Yay is out now (on sweet mint-green 10" vinyl too) through Raw Onion Records and Three Ring Records. Grab it here.