Nothing Clear About The Breaking Day 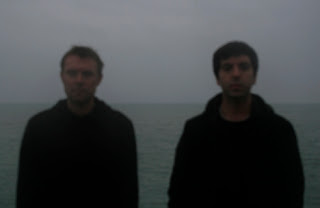 Now here is ANOTHER album that was floating in the inbox in the aftermath of Christmas where I stockpiled nigh on 700 emails. There are probably heaps more that have slipped through, but I'm glad that Chicago duo Cleared's second LP Breaking Day managed to float to the surface like a bloated corpse - well, not that luridly morbid, but its a dark listen. Maybe it's serendipity - one of the duo Michael Vallera has collaborated with David Daniell in the past, whose current collab with Douglas McCombs I raved about only hours previous! Wow, right? Ahem.

So, the album is an intense ride of noise, that ebbs and flows like lunar tides. Opener 'Rogues' is probably the hardest to digest, utilising a lot of feedback, white noise and cymbals to create a relentless surge of confronting sound that nonetheless is alluring due to its hypnotic aural pendulum. 'Sighted' is an undulating schism of droning nothingness, the perfect purgatory for the release of the psych dirge of the title track. 'No Path To Claim' echoes like a beleaguered broadcast from a discarded and forgotten space probe, whilst the mono synthesia of 'Quartz' gives way to the heaving closer 'The Harvest', all skittering menace without release. These recordings are eerie and otherworldly, but most of all they refuse to give easy answers, instead offering for ambient distance and abrasive obtuseness - things that tend to alienate even ardent drone fans. The dark jewels are in there - are you brave enough to venture in? 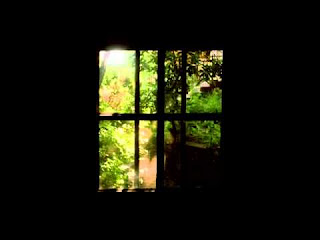 Breaking Day is out now through Immune Recordings - grab it here.