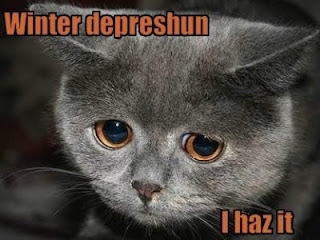 Man, I hate being ill. But I hate being stuck with nothing to do. Can't go out, can't watch or read anything due to headaches, cant lie still because of a fever that just won't quit...why do hypochondriacs do this to themselves? Anyway, I've dragged myself out of bed despite all of this to at least alleviate the pains of working life. Let's watch some vids together and stave off this cabin fever.

Actually, this may not be the best way to start. The Black Keys have released a second video for their single 'Gold On The Ceiling', directed by none other than Harmony Korine. It looks shoddy and scratch as if re-recorded on a burnt out VHS tape - very Korine - yet it is the willing participation by band members Pat Carney and Dan Auerbach that really sells this slightly disturbing twins-as-memes construction. Pretty awesome.

Those wilfully eclectic paisley warriors Edward Sharpe & the Magnetic Zeros are launching their next album, Here, and this is the new video for opening track 'Man On Fire'. Directed by Brady Corbett (the actor of Martha Marcy May Marlene, Melancholia, Funny Games (US) and most notably Mysterious Skin fame), it is a great real-life look at achievers, starring the New York City Ballet, NY Cheer Allstars, National Double Dutch League, and Soul Steps & Brooklyn Divas, as well as choreographers, coaches, and relatives of the various performers.

I had never heard of Belgian band The Hickey Underground before they sent me the video for 'The Frog', the first track to come off their second record I'm Under The House, I'm Dying (out in September) which has been mixed by Dave Sardy (LCD Soundsystem, Black Mountain's In The Future) of all people. This song is pretty good. The video on the other hand is off the wall. I can't claim to know what it means, but I do like it a hell of a lot.

Finally we have School Knights, who regular readers of Sonic Masala will be well versed on. They have just released a somewhat unsettling video for latest track release 'Powerslut'. Not disturbing like The Hickey Underground or Harmony Korine, though - no, it's just that these dudes do not scrub up well in drag. At all. you have been warned...

NOW GET BACK TO WORK (cough cough)
Posted by Brendan T