A second batch of Australian releases from excellent tenzenmen Records... 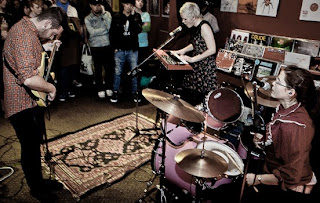 Sydney's Mere Women is a tight, menacing ball of barely-tempered vitriol, and their cyclical brand of post-punk is something to behold. Old Life is their debut, and it's pretty damn killer. Shouts, breathy whispers, skitchy pop, serrated post-punk, singsong lullabies, sunny soundchecks crashing into a overcast sea of noise - it is all wrapped up here, often in the same song. I've heard some exciting things about their performances, and they are promising a sojourn north later this year, so I for one wait with bated breath. 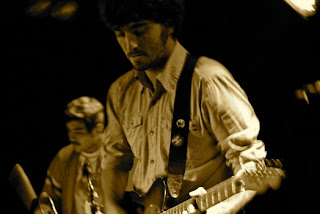 Also hailing from Sydney is Hira Hira, five guys take brooding yet hook-laden punk and cram it through the anguish wringer. Now Here Forever is the result of a lot of blood, sweat and tearing of flesh, and it's slick as all get out. It's skittering punk is muscular yet sinuous, difficult to get a hold on until its choking you to death. Also promising a Qld trek this year, get acquainted with their gear now.

Shaun assures me there's a hell of a lot more where this stuff came from, so stay tuned... In the meantime, pick up these great albums here and here.
Posted by Brendan T