Getting Seizures From The Hussy's Weed 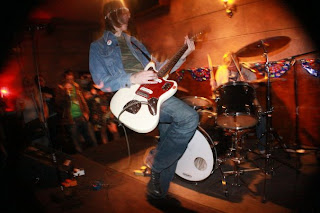 Wisconsin scuzzy trashbuckets The Hussy threw their sophomore baby Weed Seizure to the wolves back in March. We talked about their debut Cement Tomb Mind Control last year, which was a solid garage rock album in its own right, but Weed Seizure is much more cohesive. Don't for a minute think they have cleaned up their sound - The Hussy are still as scattershot and dissonant as always. Yet on tracks like 'Liar', 'Bad Speed' or 'Stab Me' (which reminds me a bit of Brisbane's own Cannon), regardless of whether the main impetus is distortion, warped bubblegum pop or thrashy angst, it all hangs together, sounding truly purposeful. The lo-fi recordings are always going to grind people's gears, irrespective of the genre, but the one thing I often find on the latest (massive) batch of garage releases is that they don't have enough "good" tracks to sustain an album. The Hussy have left filler by the wayside, offering Weed Seizure like four ground up cyanide pills masquerading as a line of coke/rolled spliff/stein of beer - a killer record nigh on impossible to resist... 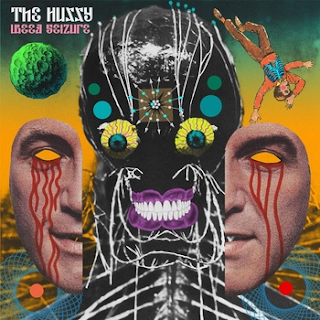 Weed Seizure is out now through Tic Tac Totally.