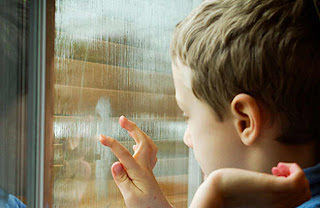 It's been a shitty week to be on holidays. But all I've been up to is writing, editing, watching movies (Win Win and The Revenant were two pretty ace films) and TV shows (The Walking Dead, Being Human - the UK one, Boardwalk Empire), interviewing and (surprisingly) exercising, so it hasn't been too bad. But Im heading out into the last semblance of sunshine we may have for a while, and I want to give you drones at work something to hold onto. So here are four great vids for four great tracks. Enjoy!

It's sad to say that I'm not yet sold on the new Future Of The Left album The Plot Against Common Sense, although I have only heard it once so need to give it more time. Nevertheless, I always enjoy some Falco nonsense, and it goes without saying that his explanation of the video for single 'I Am The Least Of Your Problems' is full of it:

"[The video] is about a dual or split personality. We wanted something claustrophobic and full of movement, but most specifically, something that would weed out the epileptics in the audience. In all seriousness, I have an undue fascination with strobe lighting, much to my bandmates' extreme displeasure. When I was in college I bought a small one for 'personal use' and used to sit in my room writing songs to its largely similar patterns. They were great, if slightly disorientating, days."

Another dude up for a laugh is King Khan, here backed by the Shrines for 'Bite My Tongue', and this film clip is one of the funniest I've seen in ages. A bizarre homage to the 60s Batman television show and wholly religiously irreverent, it's worth watching just for the jogger in the park.

Now to get gritty. Washington's Regents have finally got a video for their great track 'Cinder Machine' (which you can still buy via Lovitt Records here), directed by the band’s singer/guitarist Drew Ringo, showcasing photographs that he had taken of 350 boarded up residences in Baltimore. The concept speaks to the housing crisis in the US.

Finally we have this ultra low budget offering for Brighton band Fear Of Men's 'Green Sea', the 7" of which came out on Sexbeat Records last week. It was made for 15 quid in one of the band members' flat. It's a woozy VHS effort, and I love it.