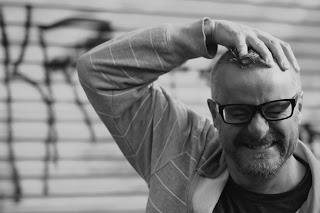 Only four sleeps until the next Sonic Masala party - and it's gonna be a end of financial year hoedown like none have seem before! With irascible rabblerousers Gravel Samwidge, uber laconic pit dwellers Bottlecock and lichen-growing hybrid enthusiasts Motherfucking Morgan Freeman unleashing all kinds of fiscal knowledge from their instruments, and DJ Micronations plying the Dow Jones commentary with the requisite monetary musical mixes, it's going to be hard to maintain control of bodily movement, function and spending.

But it gets better/worse, as taking up top billing is none other than Melbourne's master of musical mayhem mnttaB (pronounced Mount Tab). Otherwise known as Dik (Bastard Kestrel/S:Bahn), mnttaB focuses solely on brewing a glorious mess of tortured rhythms, deconstructed synth-punk and lo-fi yelling. It has evolved/devolved since the Shiny Stones and Miracles EP I spoke about in 2010 here, which is evident on new mini-release Rocky 4, 2 & 3. Head over to his Bandcamp to collect some slices of digital abrasion and buffoonery. I can't promise you will like it - which means you probably will.