Canadian Weed Set Me Back 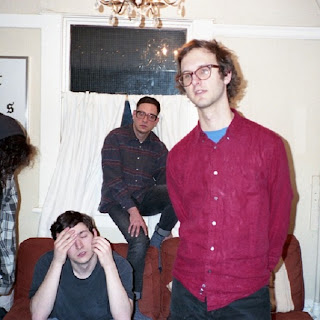 Weed. That's is such a weird word. It holds such negative connotations, whether it be in the plant world or in a physical sense, yet is also the label of one of the most loved 'erbs this humble guy here has ever encountered. Another positive is that Weed pops up in awesome bands' names - Weed Diamond, Tumbleweed, and now - just, er, Weed.

The Vancouver dudes marry dissonant noise with deep melodicism, fitting into the mold that ...And You Will Know Us By The Trail Of Dead burst forth from before their artistry and flights of fantasy led to other sonic realms. Weed are bringing out Deserve on Couple Skate Records (also responsible for delivering M. Women's Faithful onto the world, which we were rather taken by) next month. This is loud, thick scuzz that doesn't sound like it's pissing out of an obliterated ham radio - a very good thing indeed.

Email ThisBlogThis!Share to TwitterShare to FacebookShare to Pinterest
Labels: And You Will Know Us From The Trail Of Dead, Couple Skate Records, Tumbleweed, Weed, Weed Diamond