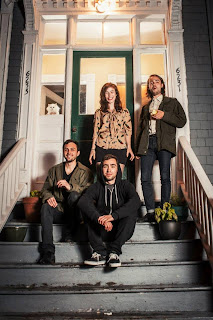 Ah, Nova Scotia. There is something in the air there that always seems to produce honest musicians. It doesn't matter what genre is being crafted, there is an authenticity grafted into the fibre of the songs that you believe in what is being done, there are no smokescreens or sleights of hand, it is the real deal.

Which leads me to Sam Hill AKA The Everywheres. I haven't heard of him before now, and before last night I only had 'Easy Bells' to riff off - but this track further augments my thoughts on the Canadian region. The heat, speed and vitality that oozes from every pore of 'Easy Bells' further questions the boundaries of psych rock (something that will always appeal to me, psych fiend that I am...), whilst also caressing the elegance and patience that inhabits the best of pastoral pop. It isn't playing games - it just is, and in this line of work that is nigh on impossible to emulate.

Today I have dipped further into The Everywheres' oeuvre - and its impact has filtered everywhere through me. Flickering garage rock segues into sun-blasted waves of sonorous malaise, a warm burst of noise that doesn't come from a moment of nostalgic adulation as it does from a wormhole from the past, undiluted, pristine. 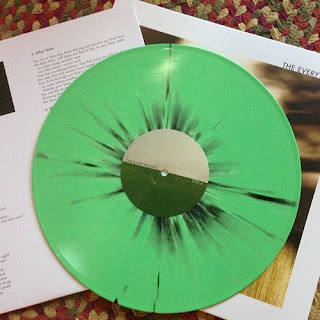 The Everywheres' debut self-titled LP comes out through Father/Daughter Records late June, and you get the feeling that this is the kind of album that will invariably get stuck in the tape player, glued to the turntable, and time will stand still even as it flies on by (especially when it looks this good). It's impossible to truly pinpoint why this resonates as much as it does when there are legions of likeminded acts - but it just does. Honesty, authenticity, simplicity, and an innateness of self - The Everywheres are everywhere, and everything, you could want and/or need. You can pre-order it here.