A triptych of warped warbles of varying degrees of low fidelity, here are three releases likely to blow your mind and fill your ears with white fuzz and ear-candy. 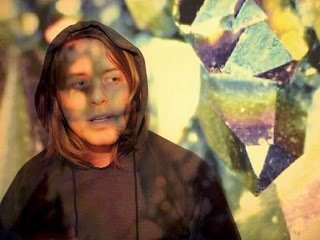 Danish-born, Berlin-based psych pop wizard Jacob Faurholt has been on Sonic Masala's radar ever since he entered the fray under the moniker Crystal Shipsss. His Yay release made an impression, and now he (along with a band of willing  wanderers) is back with not one but two releases slated for 2013. First cab off the ranks is this self-titled EP, available on cassette through Three Ring Records, Mouca and Raw Onion. The 5-track EP are scuzzy to the point of obstructive - this is Demo 101 territory, almost to a fault. Yet whether the band are opening up the throttle or quietening down to a soothing idle, Crystal Shipsss is never an easy proposition - a wayward journey into the counterculture of the backwaters of your mind. Yet in the past year they have traipsed across stages alongside TEEN, The Black Heart Procession and Grizzly Bear, and these three best represent where Faurholt and his acolytes are heading. It's a great taster for Crystal Shipsss's next full-length Dirty Dancer which we will see before the year is out. 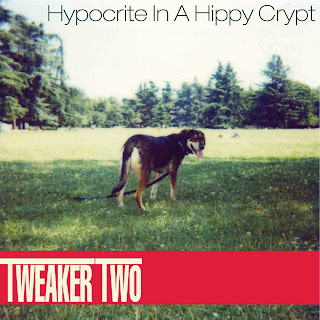 Another lo-fi gem that struck a chord here at Sonic Masala was Tweaker In The Park, the debut LP by Indiana's guitar-pop malcontents  Hypocrite In A Hippy Crypt. Tweaker Two (out on 12" vinyl through Tree Machine Records) continues the weird themes and tin-cans-and-shoestring budget, yet offers more semblances of spit and polish alongside being anchored in more grounded, maudlin concerns such as fading youth and imploding dreams. Its hooks are surreptitious, then the penny drops - once you are familiar with this world, it becomes a second skin, with all schizophrenic connotations to such a notion held intact. Elliott Smith suspended in formaldehyde, preserved in sepia and seedy chagrin. An addiction worth having. 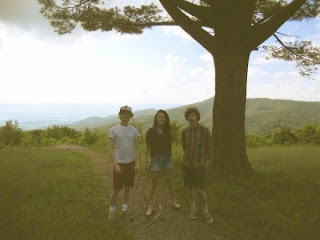 Finally we have Brooklyn's Hippy. Reminiscent of the nascent garage punk and guitar pop amalgams that the likes of Harlem (seriously, where have these guys gone???) and Black Lips dish out at regular intervals, the trio's new (debut) record Almost Live is in turns buoyant, ridiculous, bilious and carefree - tonguing the power socket whilst outta your gourd kinda fun. Hurts so good (c'mon, baby now...)