Darkness Under The Starlington Moon 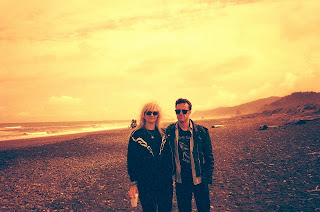 Fancy drifting off into a dusky, monochrome noir sunset? Let Paper Moon lull you into its husky, sultry embrace. The debut record from Brooklyn's Georgiana Starlington (AKA Julie and Jack Hines of Black Lips/K-Holes infamy), Paper Moon is like listening to the vice and depravity of forbidden desires as voiced by Johnny and June Carter Cash. The fact that these characters have crafted such haunted balladry catches you off guard as much as realising that Hozac Records is responsible for putting this into your sweaty hands. Nothing is as it seems - the tempestuous 'Hard Grave', the maudlin 'Brave Wolf', the echoed sonorous 'The Great Divide' - and is frankly quite brilliant. It's a creeper - you think you've heard it all before, but then you slip down into the murky depth, never to return, and the endless repeats of Paper Moon eternally soothes your shadowy soul. 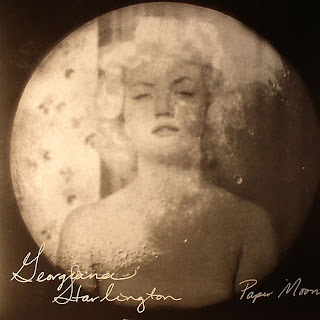 Pick up Paper Moon here - the soundtrack to those night were fantasy and reality entwine.