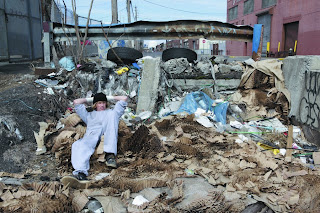 I'm pissed off at Craig Dermody. The dude decides to launch his new album Any Port In A Storm in London on Saturday July 6, the night before I will be flying back to Australia. Sure, I could still make it - my fiancee wouldn't be overly happy - but its more the fact that the laconic music Dermody crafts as Scott & Charlene's Wedding makes me want to drink. Usually in a sunny afternoon kinda way too, which doesn't bode well for an 8am flight the next day. I could always postpone it I guess... 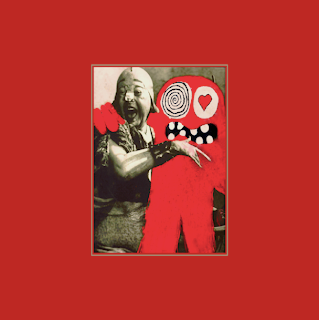 Any Port In A Storm (out soon through Fire Records - preorder here) is actually quite an exciting prospect, as these tunes are relatively new - Para Vista Social Club and the Two Weeks EP consist of pretty old tracks, most of which were written before or just after Dermody reached New York. He has been there for a good while now, and his sense of self within the Big Apple, intermingling with further bouts of alienation, pangs of love, the gnashing of teeth over b'ball, and everything other bit of everyday ennui that Dermody dredges up, will come to the fore. Check out the new track 'Fakin' NYC', about scraping by as a doorman at a trendy bar in New York City.

If you are in the UK over the next couple months, you can get your fair share of Scott & Charlene's Wedding, seeing as they are playing everywhere, to the big (Glastonbury, some support slots for Mission of Burma) to small (Flashback Records, as well as a yoghurt shop in Brighton - as you do).

Scott & Charlene's Wedding will also be doing a series of free promotional performances at the following places: