Get Sic On Top Of The Alps 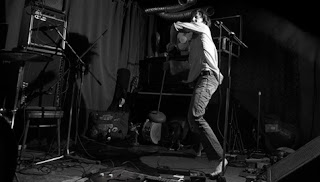 Just received an amazing bag o' tricks from the excellent Chicago label Drag City last week. The first one to tickle the pants off me has been She's On Top, a three-track 12" trip from the demented San Franciscans Sic Alps. It's pretty much what you expect from these leery sages - which is to say, the unexpected. The title track licks the heels of psych pop blasted from the garage into a spot on the Sun. Don't worry, it doesn't burn up on impact; continuing to wind and grind on its own skewed sense of self. Backed up by two equally stellar selections, 'Carrie Jean' (the demonic spawn of Billie Jean if Carrie White post-cranial murder implosion copped to being the father - an insidious clodhopper of a grind) and 'Biz Bag' (a sensual Big Bopper, running on twelve cylinders, whiskey breath and too much time on its hands). These three songs sound sown in the sands of the Seventies, yet a monumental drought kept them dormant until Sic Alps willed them into being with their tears. Get on top. 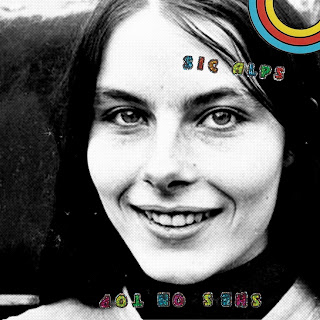 You can buy She's On Top here.